Two murals under the bridge of the Ringbaan Oost at the Piushaven: the pink submarine (July 31, 2013) and a wall with the skyline of the city (October 14, 2013).
The painting with the pink submarine was made at the request of Tiwos housing foundation and Triborgh Area Development. The road under the viaduct is an important traffic route to and from the city. Boats heading for the Piushaven pass and the path alongside is used by many cyclists coming from the New Jerusalem neighborhood and heading for the city center. Despite the fact that the artwork had to reflect the renovation of the neighborhood New Jerusalem and fit with the new house style of the neighborhood Van Gassel was able to use his fantasy. Like the eye-catcher, for example: the submarine. "It was more obvious to make it a ship, but that is so cliché," he said. "And the reflection here at night makes the boat look like it's in the harbor."
The paintings with the skyline of the city was made in collaboration with the Junior Kamer Hart van Brabant, who contributed to the mural as part of their annual weekend out. The text on the blue/yellow one is a poem written by Esther Porceijn especially for the mural. The painting contains a lot of Tilburg elements such as the harbour (Piushaven), dragon boat festival, fun-fair, textile industry, transport and Willem II. 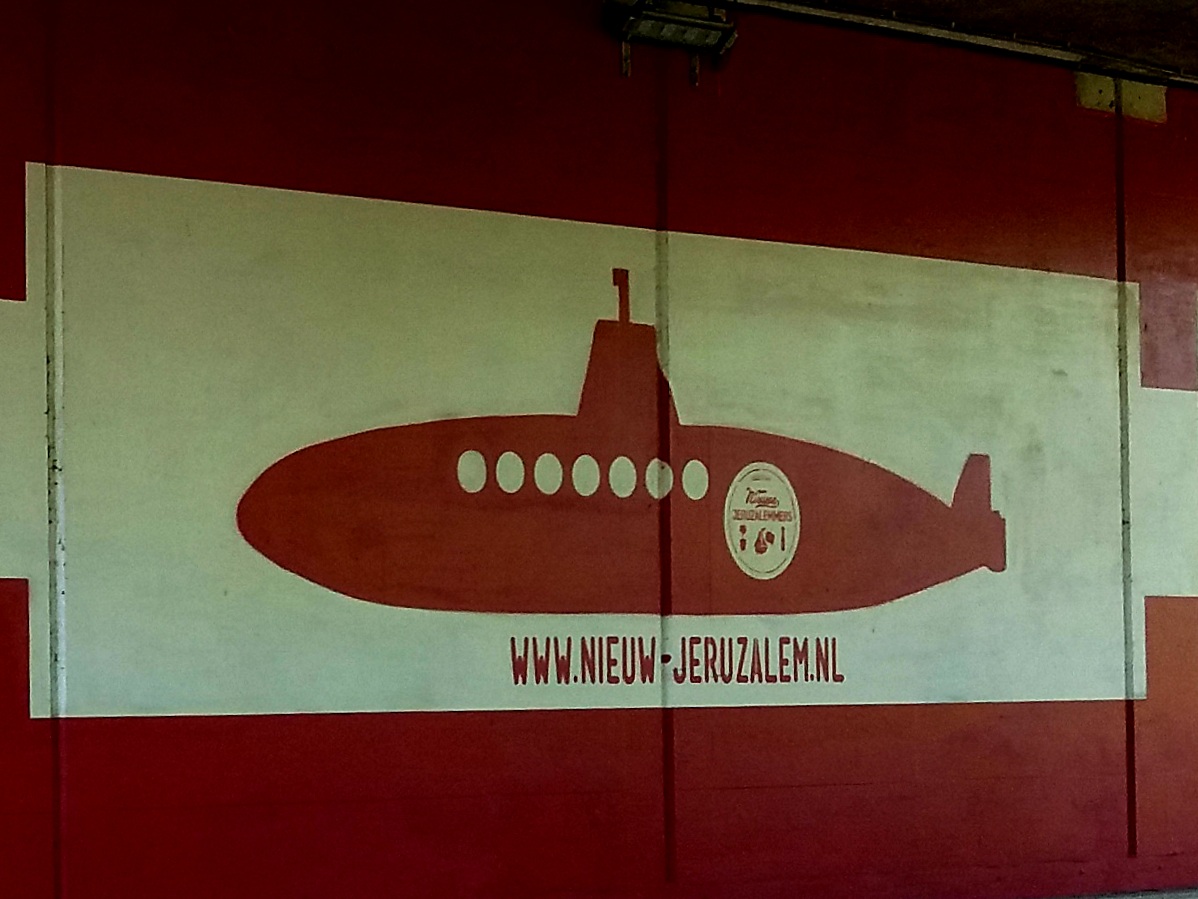 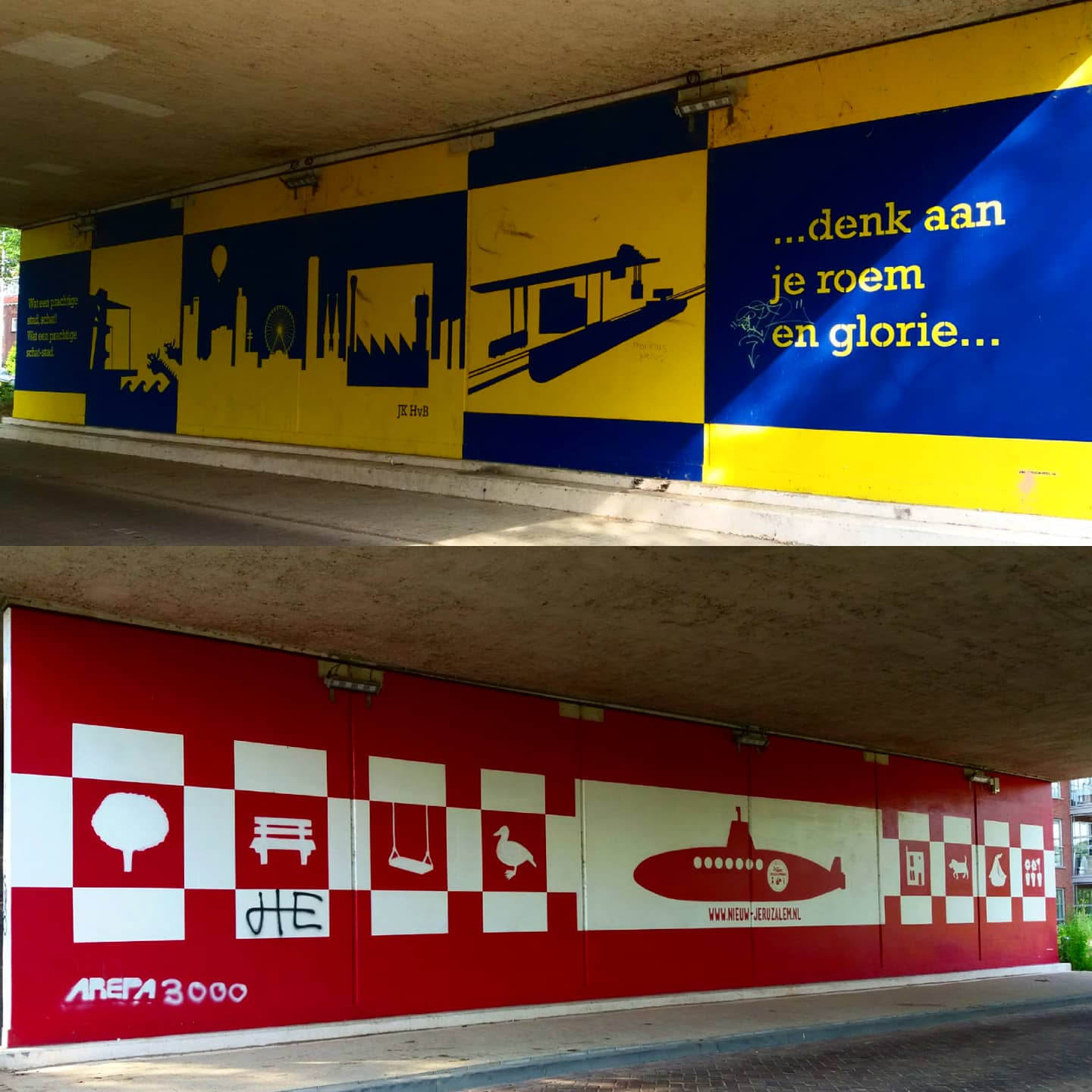 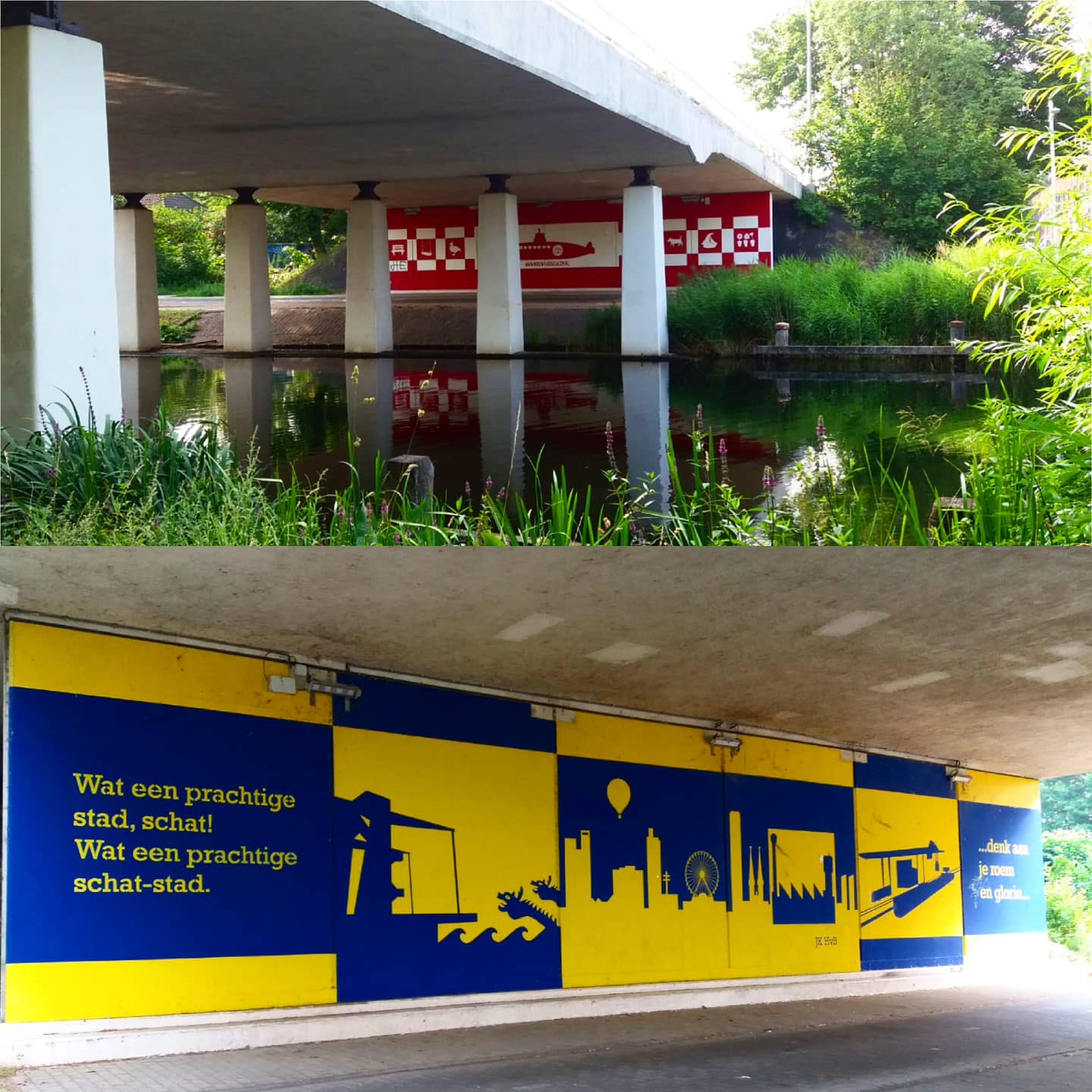