The "TITUS SPQR" portrait shows the face of the Roman emperor Titus Vespasian that C215 took from the Titus Flavius​​Vespasianus statue kept in the Braccio Nuovo, Chiaramonti Museum of the Vatican Museums. Better known simply as Titus, he was the 10th Roman emperor, belonging to the Flavian dynasty. He was a skilled and respected general who distinguished himself for the suppression of the rebellion in Judea of ​​70, during which the second temple in Jerusalem was destroyed. He is known for his public works program in Rome and his generosity in helping the population following two disastrous events: the eruption of Vesuvius in 79 and the fire in Rome in 80.
The eruption of Vesuvius in 79 - which destroyed Pompeii and Herculaneum, and has caused very serious damage to the cities and communities around the Gulf of Naples, and a disastrous fire that broke out in Rome the following year, allowed Tito to show his generosity: in both cases, he contributed with his wealth to repair the damage and alleviate the suffering of the population. These episodes and the fact that no death sentence was passed during his principality, earned him the appellation among contemporary historians of "delight of the human race" (Ausonio then resized this appellation by claiming, in Caesar, Titus, that the principality of Titus was rather "happy in its brevity"). He visited Pompeii immediately after the disastrous eruption, and again the following year. For his generosity and the substantial agreement with the Senate, he was considered a good emperor by Tacitus and other contemporary historians.

The French-born artist Christian Guémy, known as C215, is currently considered one of the best stencil artists around. He has been producing street art for about twenty years through paintings, drawings, and stencils, experimenting with surfaces of all sizes: from mailboxes to old abandoned doors to huge walls of buildings. He started using spray painting techniques in 2005 and his attention was focused on creating portraits of people: the elderly, children, refugees, beggars, that category of people we often forget to recognize in life.

Guémy 's production was not limited solely to the marginalized and the unknown. In recent years C215 has made several interventions that recall missing journalists or figures of famous people from history, or even stencil representations of Renaissance art. Fascinated by the paintings of Caravaggio and Ernst Pignon, he tries to interact with the urban context by reflecting in his works the feelings that are hidden behind a glance.
C215 participated in the Au-delà du street art exhibition at the Musée de La Poste in Paris: his works were exhibited alongside those of Banksy, Invader, and Shepard Fairey. 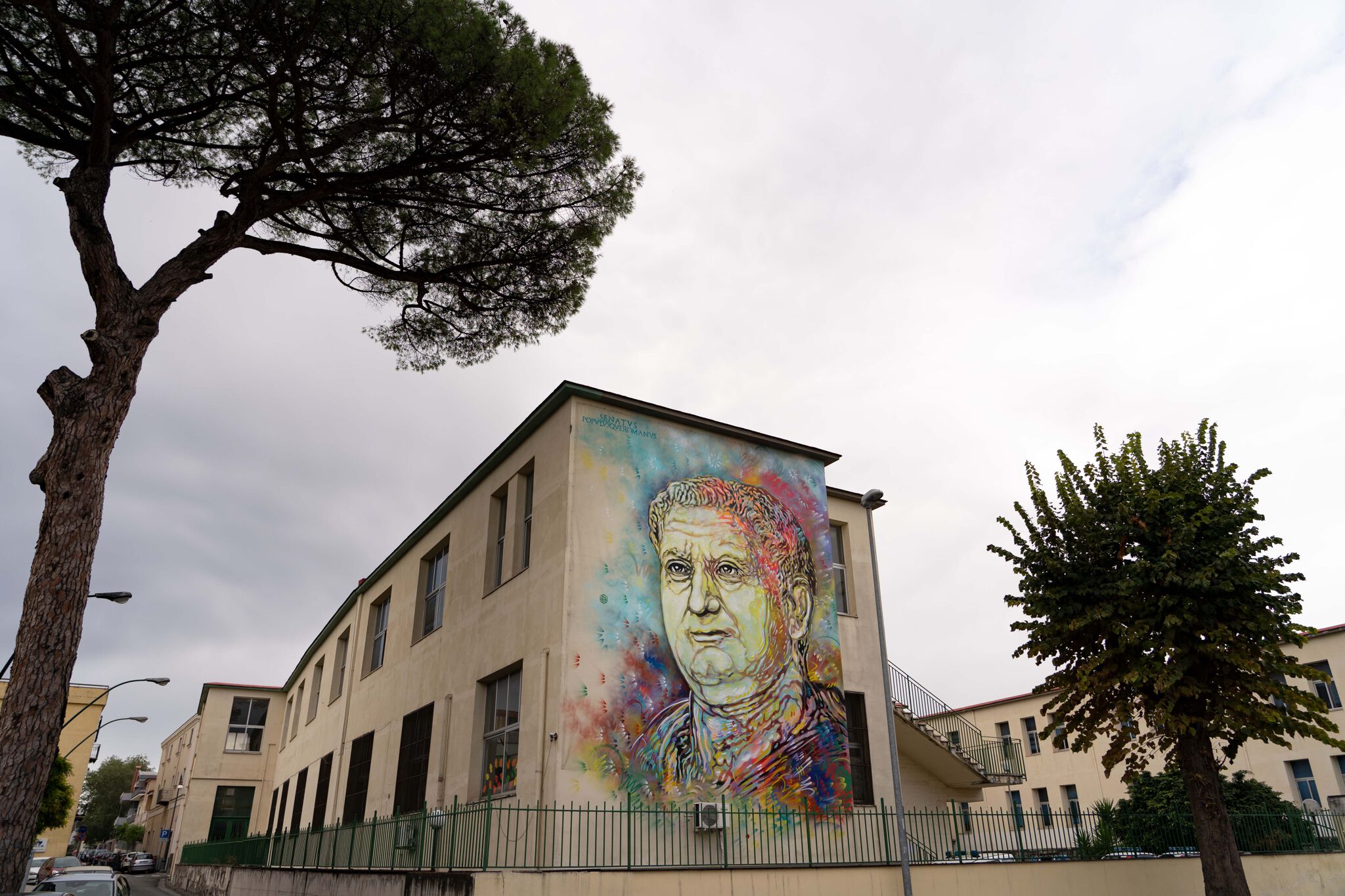 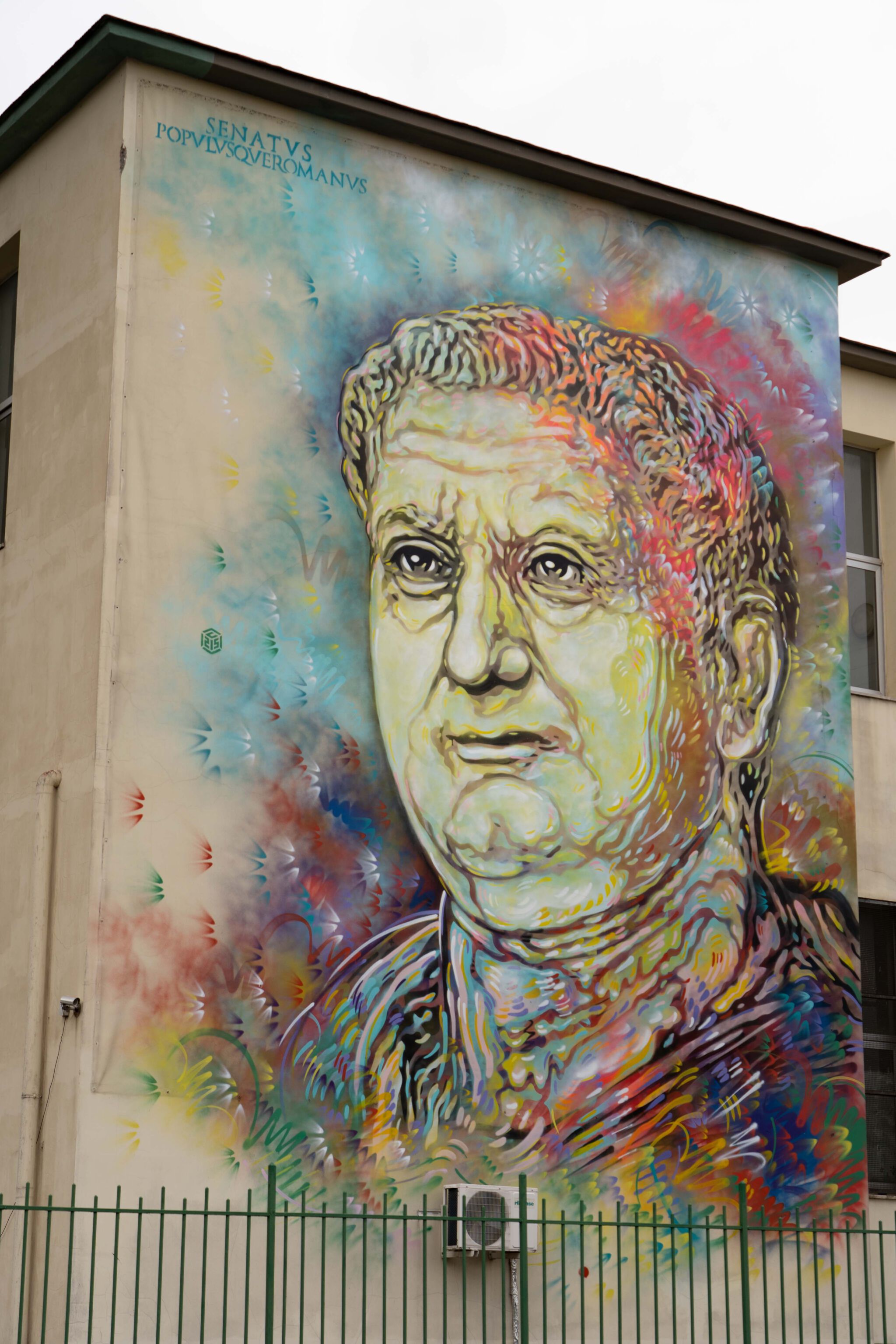 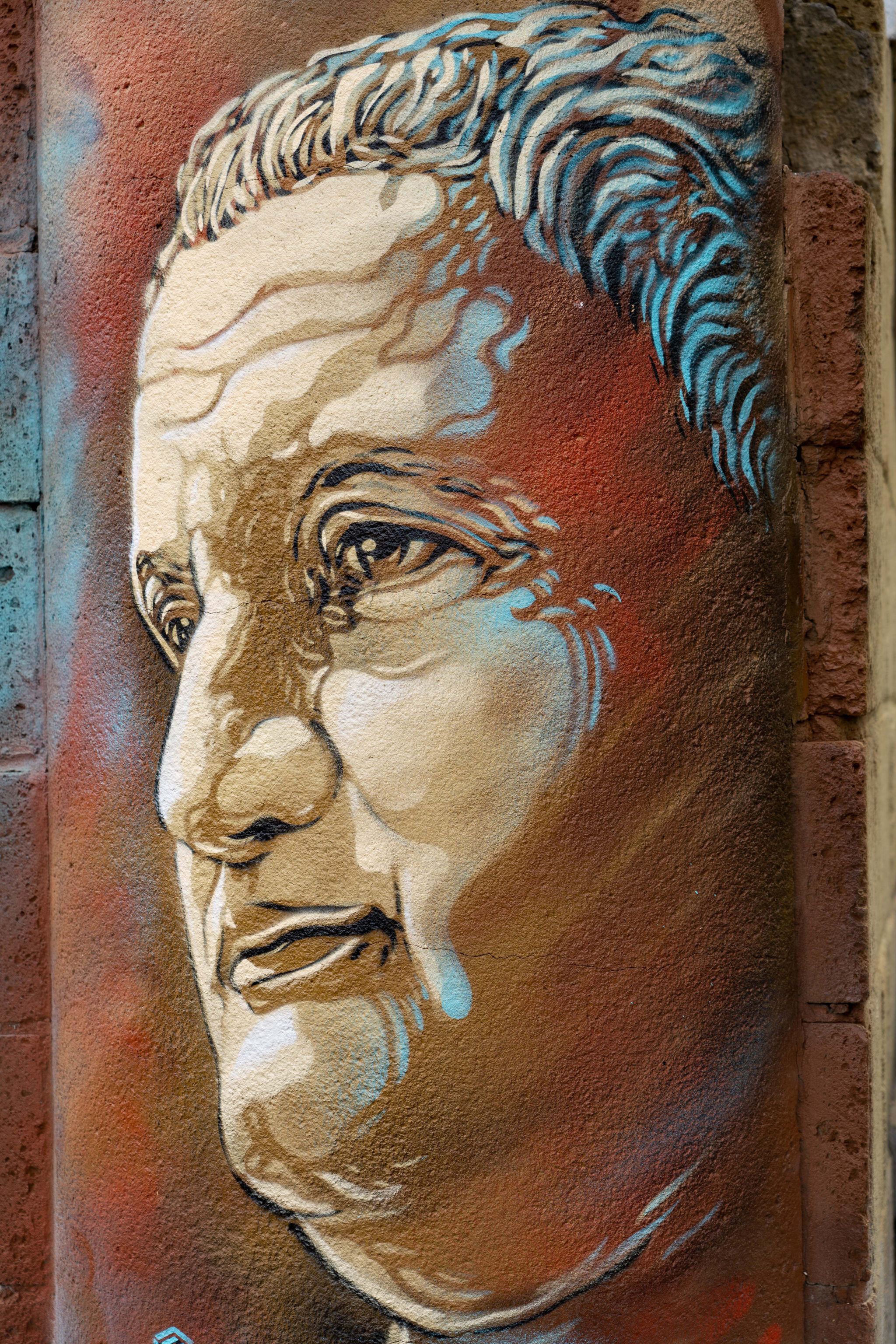 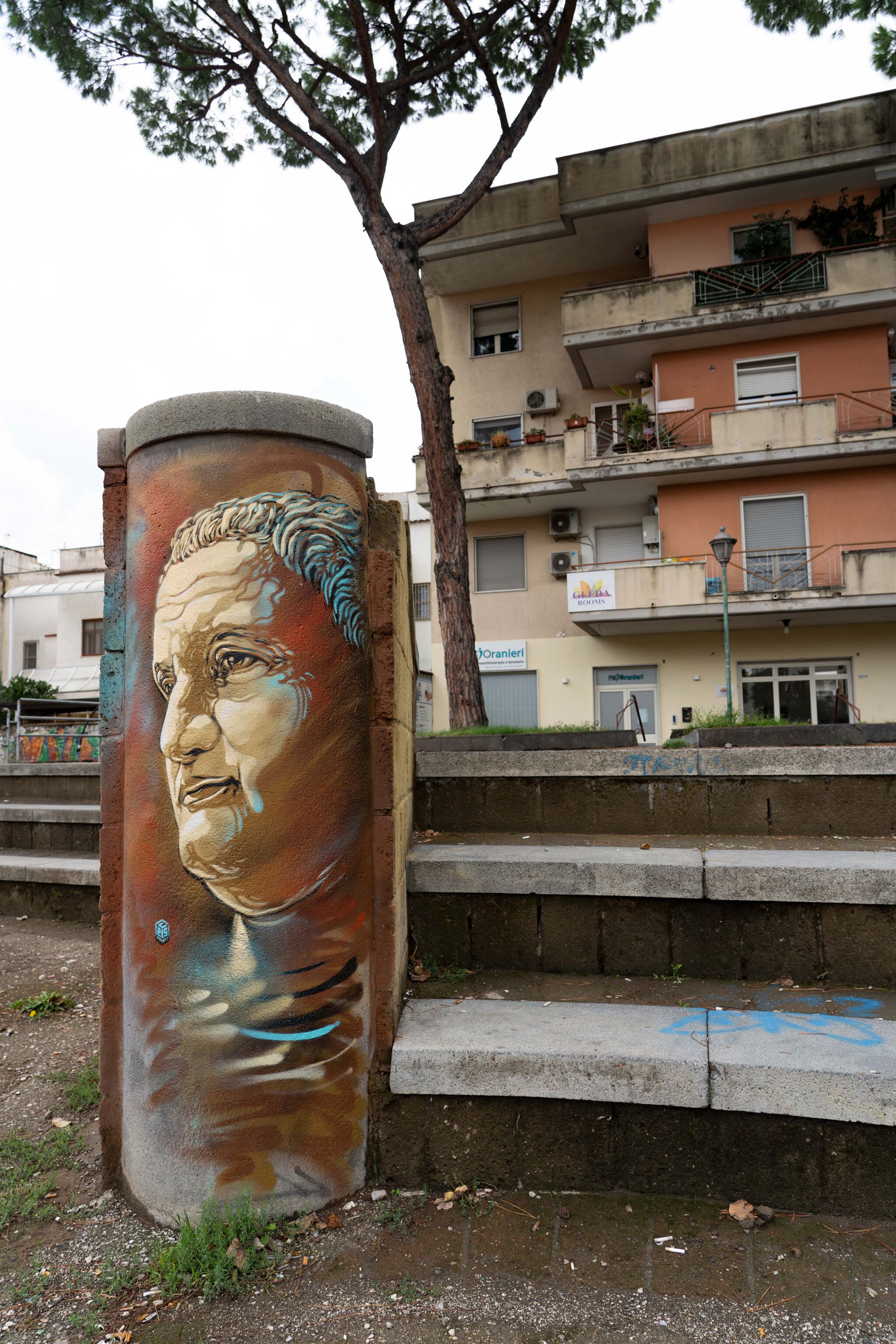 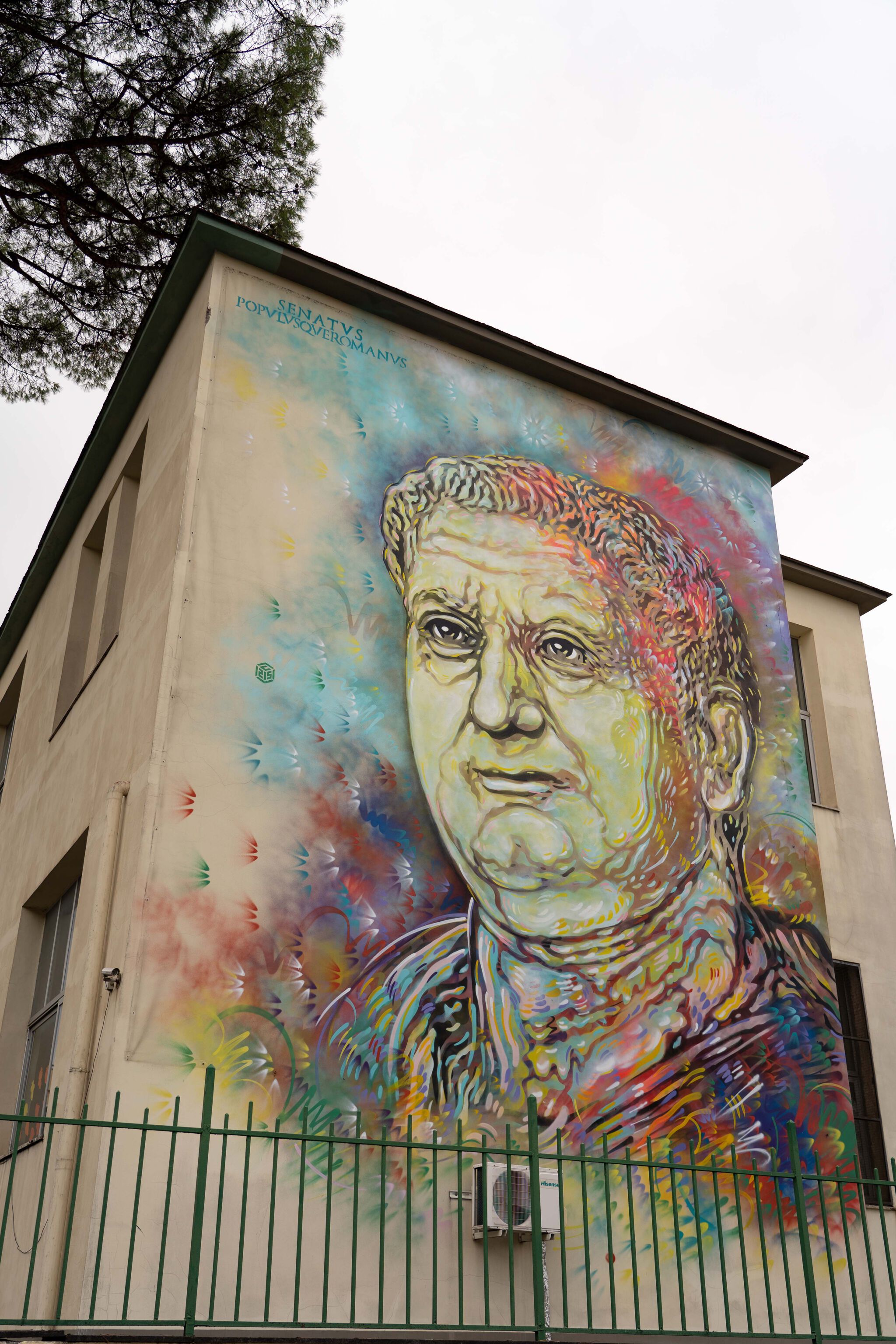