The structure and composition of a family in Cotignola during the Eighteenth Century was marked by the lack of privacy, due to a multigenerational family life, with a codified and accepted hierarchical structure and strict rules. In this situation, all women were almost treated as minors and wives were always under marital authority.

Paradoxically, what for a woman was the only form of emancipation from paternal authority – that is to say, marriage – gave rise to a new submission, the one to the husband. It was unavoidable, therefore, that from her first admission to the new family after her marriage, the daughter-in-law would have been very far from being able to lead the house, being, in fact, the last arrival and often, as they say, “the last wheel of the wagon” in family’s hierarchy.

The entry of the young bride into the new family was accompanied by the mother-in-law’s ritual, who welcomed the daughter-in-law “on the stairs with a big spoon”, offered as assignment of domestic chores.
For a woman who wanted to compete with men in Romagna, there is a name that still exists, which is “Árzdora”: a woman who wants to go beyond assigned functions in a patriarchal society and show her skills by competing with her husband

Take a look below for more images and keep checking back with us for the latest updates from the street art in Europe and beyond. 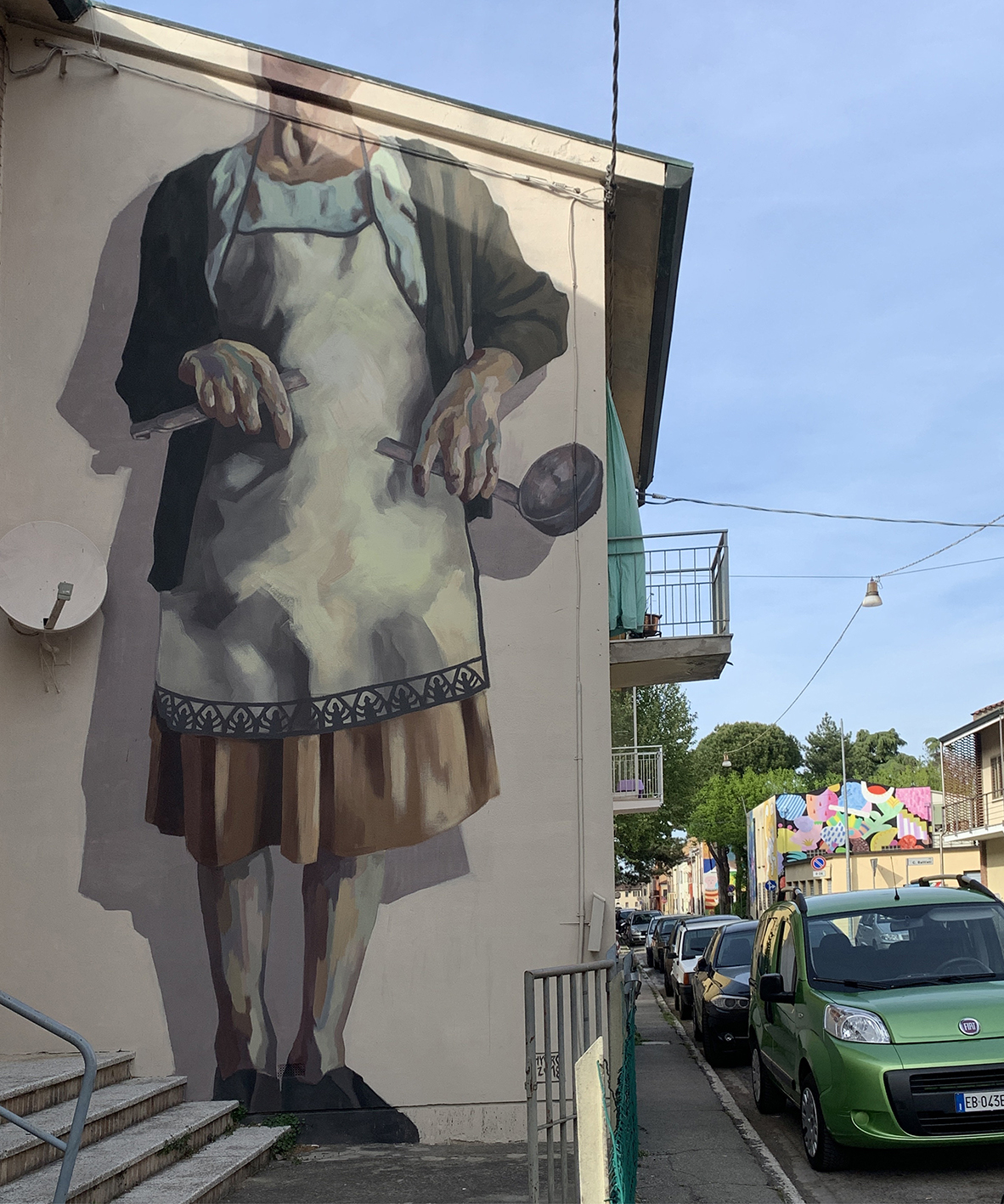 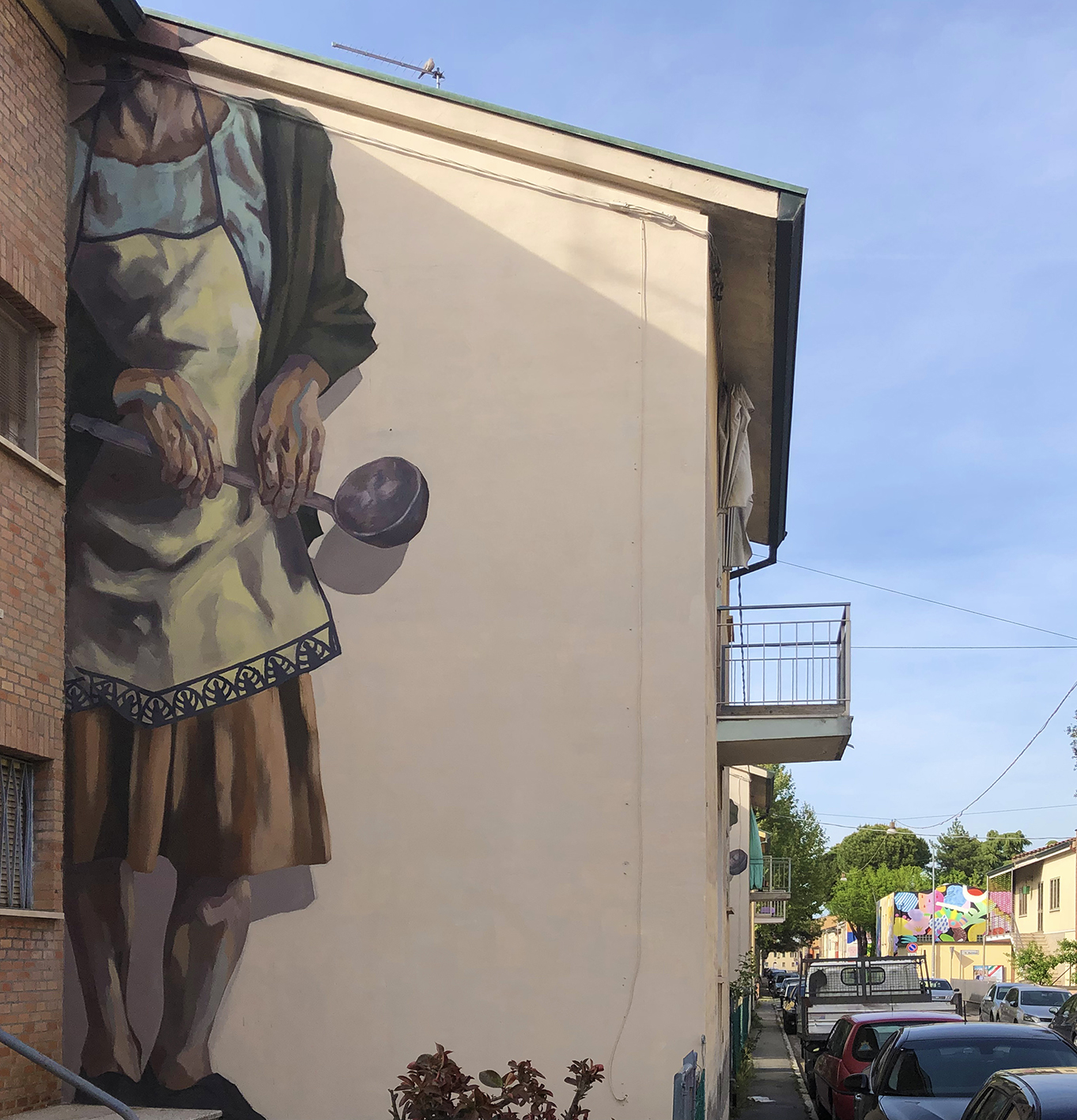 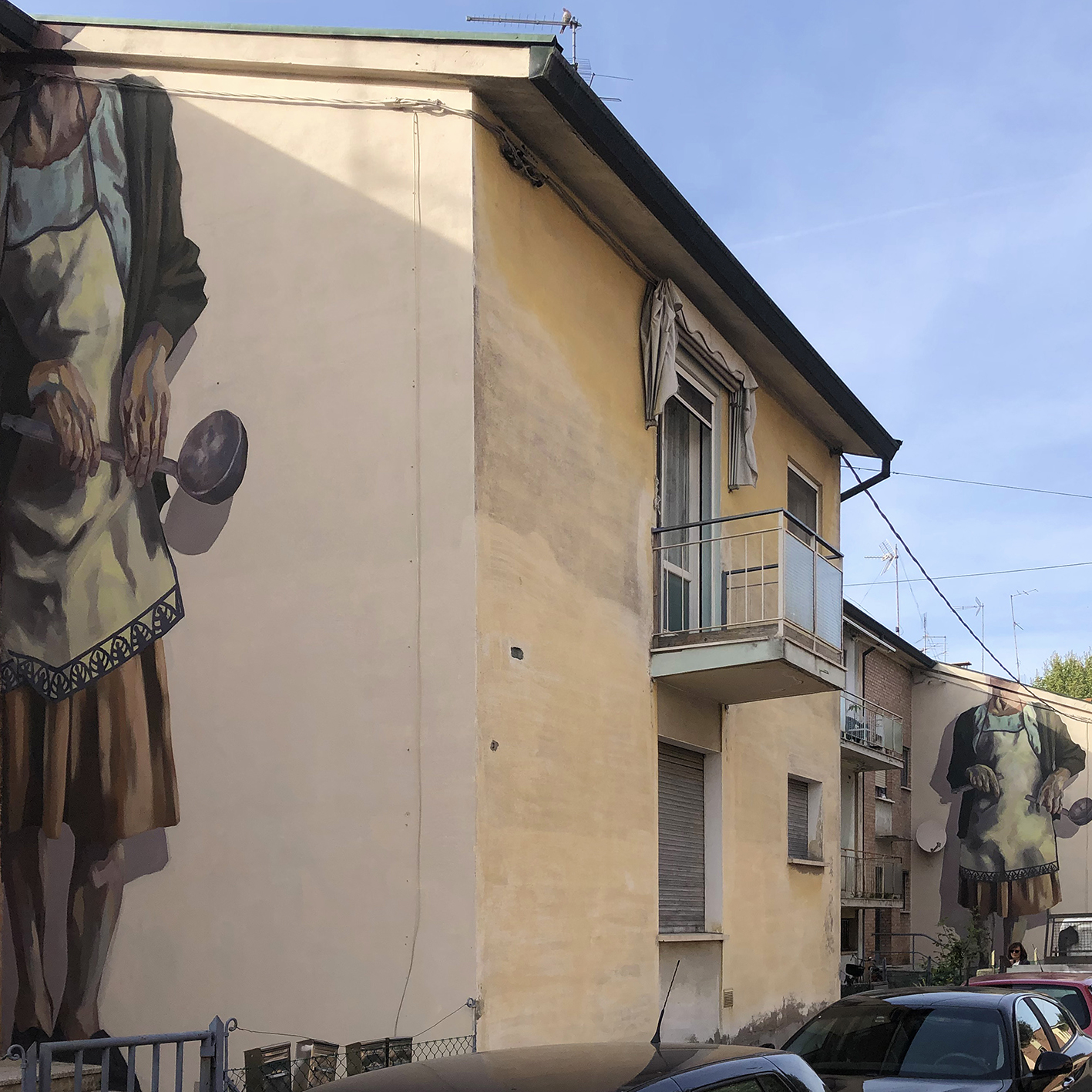