Brightness in the clouds of cancer

🏆 Nomination: Best Of 2022
During a television broadcast on May 30, 2022, a huge painting by Dutch street artist Judith de Leeuw, was revealed in the port city of Rotterdam in the Netherlands. The painting ‘Brightness in the clouds of cancer’ is an immense mural that Judith made especially for KWF Dutch Cancer Fund.
The mural depicts an intimate scene: a woman embracing her child while being engulfed in a fog. For the design Judith took her inspiration from the stories of three cancer patients that were interviewed for the fundraising event and who symbolize all those people living with and after cancer.

"Someone most close to me got diagnosed with terminal cancer when I decided to put all my heart and soul into this project. The final result was a complete TV show on the biggest dutch channel. The show was completely designed around the creation of the mural, inspired by cancer patients Pim, Ilse and Kelly. With doing so, big amounts of money were raised for cancer research.
It did not save the person I love most (he passed away), but it will save a lot of other partners, friends, mothers, sons and daughters' that are affected by cancer. " : shares Judith on Instagram 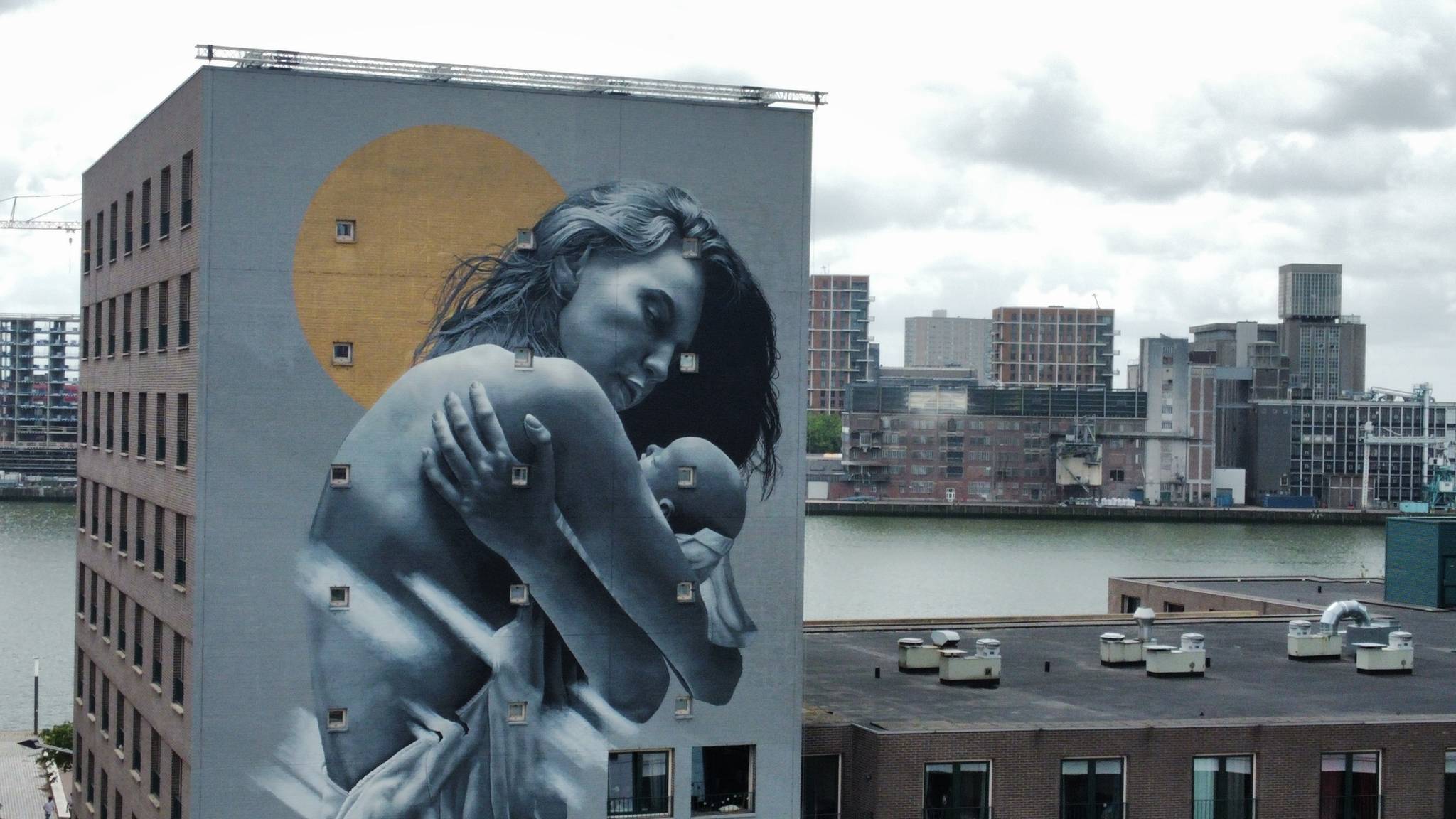 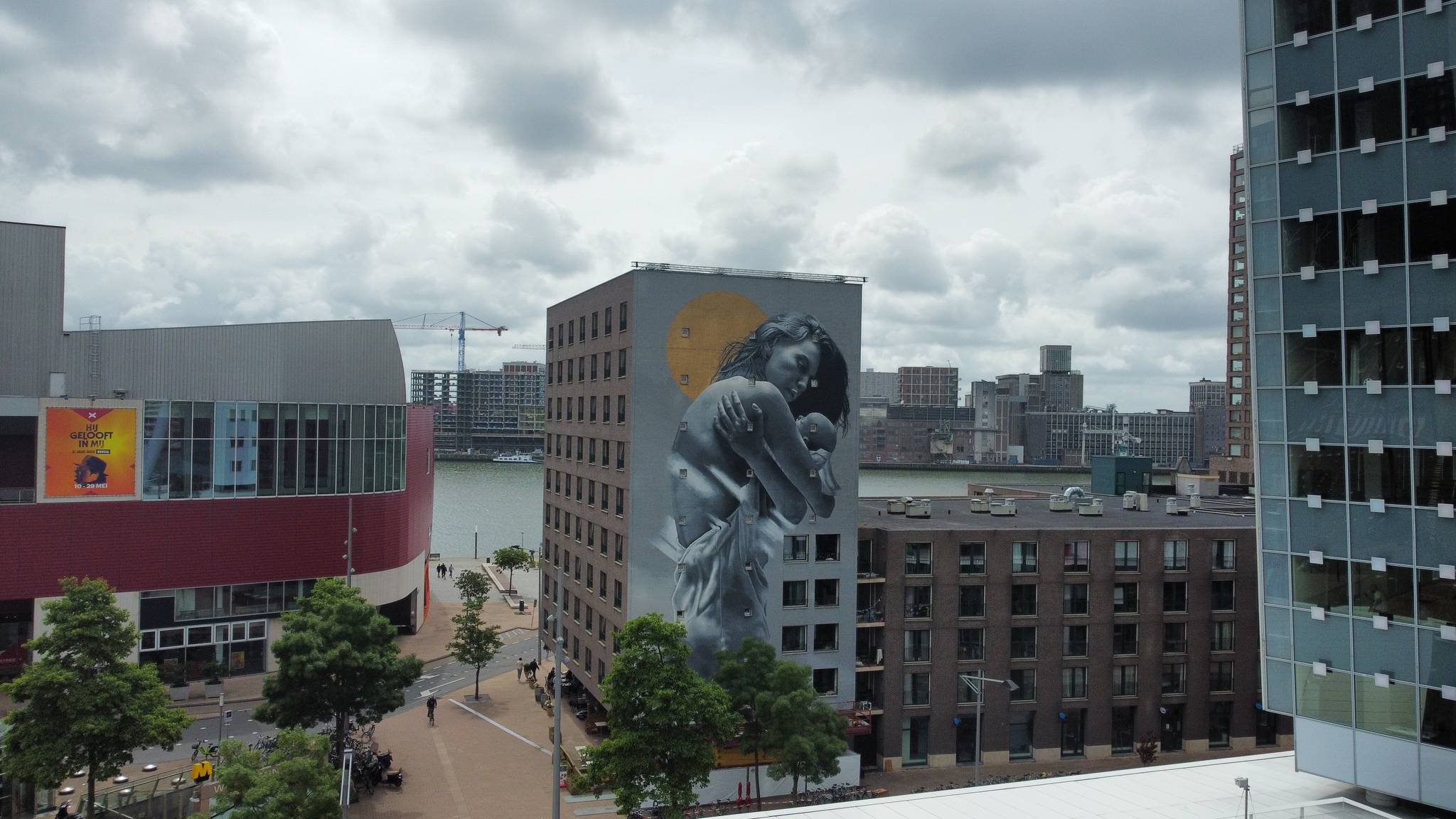