The Street art for Rights project was born with the intention of bringing art to neighborhoods with difficult contexts on the outskirts of Rome, adopting the 17 Goals of the 2030 Agenda for Sustainable Development of the United Nations and filtering them with the eye of contemporary art. The goal is to give artistic substance to the action plan for people, the planet and prosperity promoted by the UN, bringing the community closer to the various themes and encouraging discussion about the pressing problems of the contemporary era.

In this third edition the artists, selected for their civil commitment as well as for their sign and artistic impact, have created 8 walls in the Settecamini, Ponte Mammolo and San Paolo districts, dedicated to the Global Goals from 10 to 17 of the Agenda 2030. All the artists have returned, each from their own personal point of view, a powerful image of the key concept of sustainable development. Furthermore, all the walls were made using the special paints of the AirLite patent, products that are able to transform polluting agents into salt molecules and start the photosynthesis process.
GOAL 16 - Peace, justice and strong institutions
The artist has represented Goal 16 by depicting a woman, symbolising justice. The woman's face is embellished with two pendants, symbolising the scales of justice, while she is intent on embracing and caring for a white dove symbolising peace. We find this latter symbol in a new form around the figure: two paper dove-origins that indicate the fragility of peace.
-----------------------------------------------------------------------------------------------------------------
Obiettivo 16 – Pace, giustizia e istituzioni solide
L’artista ha rappresentato il goal 16 raffigurando una donna, simbolo della giustizia. Il volto della donna è impreziosito da due pendenti, che simboleggiano la bilancia della giustizia, mentre è intenta ad abbracciare e prendersi cura di una colomba bianca simbolo di pace. Quest’ultimo simbolo lo ritroviamo con nuo 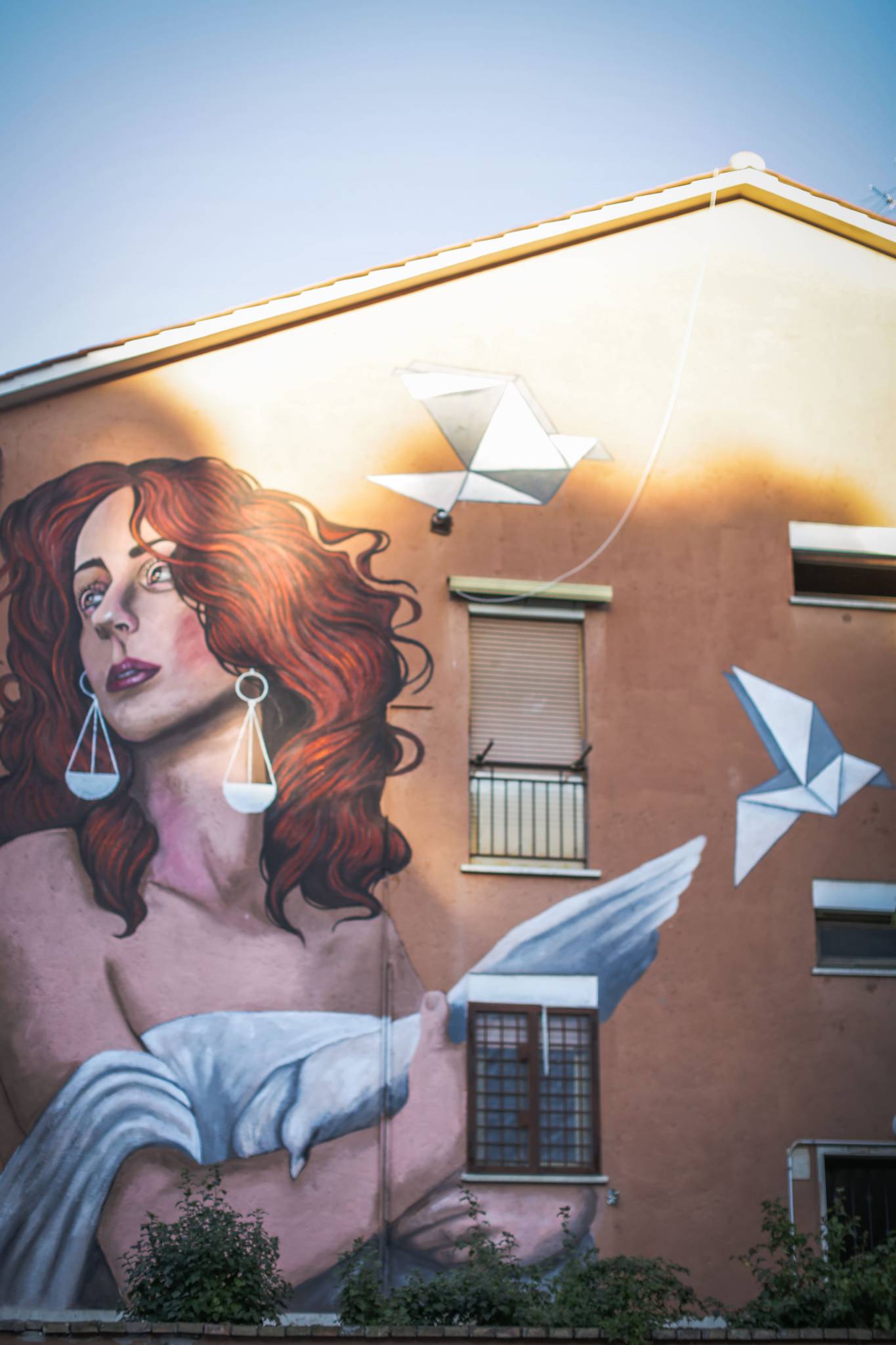 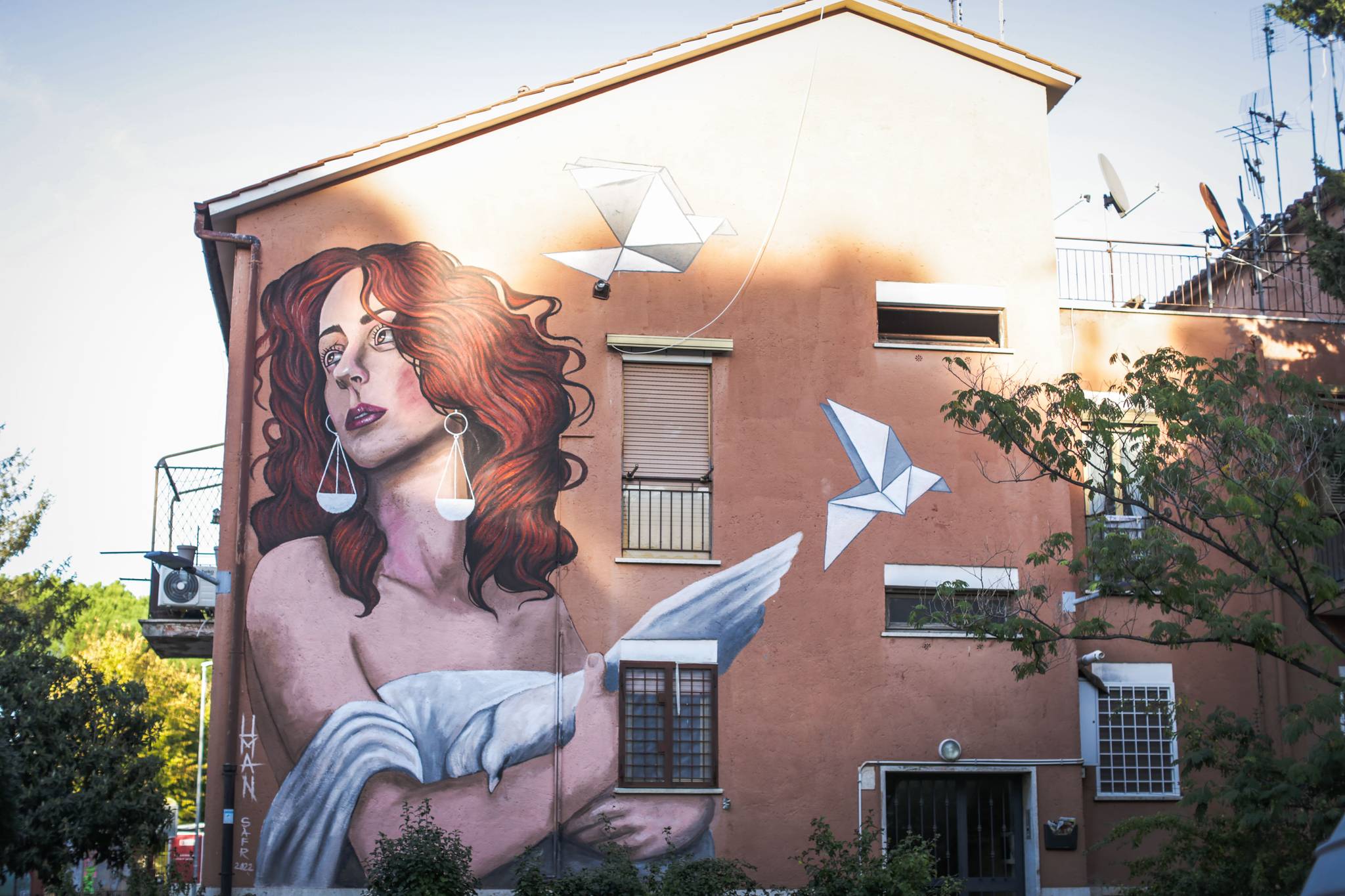 Hunted by Tim. Pictures by provided by Street Art for Rights.