Plants and flowers that rise from the cracked concrete to the sky and take up the entire facade of the branch office of the Liceo Scientifico Statale Francesco D’Assisi. The work, signed by street artist Etnik, is called 'Botanica Resistente', and is the first entirely "onlife" activity of 'Uno, niente, Centocelle', the winning project of the Mibact Cultura Futuro Urbano call born from the collaboration between the high school Romano, proponent, and the two partners Fusolab 2.0 and Flyer with the support of a.DNA, Enea, Legacoop, CooperACTiva and Ccpc. tti.

"After almost a year of forced stop due to the pandemic, during which it was possible to carry out only a few online workshops, the activities were able to gradually resume only in the last month with some" hybrid "workshops online / in person", reads in the note issued on the matter.

The title refers to the original name of Viale Palmiro Togliatti which, until about 1979, was known as Viale della Botanica. A direct reference, therefore, to the toponymy that characterizes the whole district of Centocelle with its streets named after plants, trees and flowers.

"Etnik's work is undoubtedly based on the irremediable antithesis between architecture and nature: in the mural the concrete blocks, the asphalt and the artificial works succumb to the natural elements, giving life to a slow but gradual reconquest of the spaces taken away from nature ”, continues the note. However, "Botany Resistant" has multiple readings. "Those plants and flowers represented by the Italian street artist, known and printed all over the world, also want to symbolize the ability of the inhabitants of Centocelle to react after the fires at the Electric Sheep, at the Baraka Bistrot and other commercial activities in 2019. More in in general, the symbolism used is a tribute to those who take action in their own territories in defense of the common space for the dissemination of culture, inclusion and social interaction. A feeling that is also the engine of the 'One, none, Centocelle' project ". 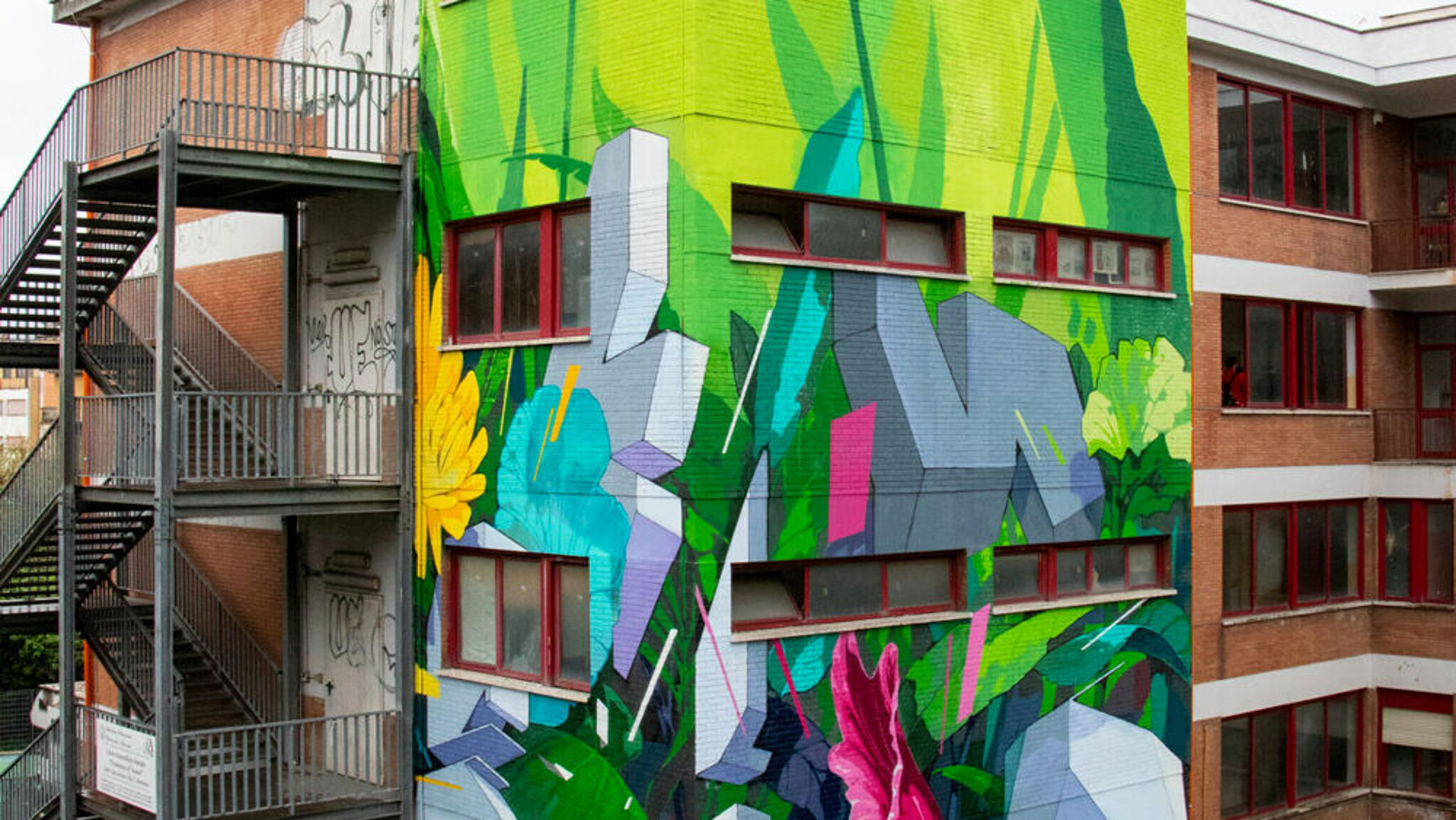