🏆 Nomination: Best Of 2022
The building of the Livensa Living Studios Madrid Alcobendas project culminates with the mural intervention of more than 138 square meters of the artist Uriginal, who has represented a female character, which fusions Athena, the Greek goddess of war and civilization, with Minerva, the Roman goddess of wisdom and the arts. The figure’s face traits look like a mosaic made of a myriad of color hues. The artist’s touch is remarkable in this work, a mark characterized by the deconstruction of organic forms to visually reinterpret them through geometric compositions that play with lights and shadows, and different volumes.

Departing from the command of color and anatomy, the artwork challenges the beholder to question how our eye deciphers what we see, which is constituted by a million of chromatic points that are ordered by sight into a shape that makes sense. The exercise that Uriginal executes is an inverted “trompe l’oeil” – instead of making his hand invisible, the artist highlights the coding of the image leaving it in its initial state, without interpretations or nuances.

Minerva’s fragmented face is complemented by another of the artist’s marks: the vibrant sunflower-like colors emanating from the figure transport us to a contemporary apparition of the goddess. At the same time, it reaffirms the artist’s mission of trying to reveal the mysteries of color.

The mural, which has been produced by Rebobinart, has been executed from May 3 to 26, and will be inaugurated once the hotel opens its doors next September. 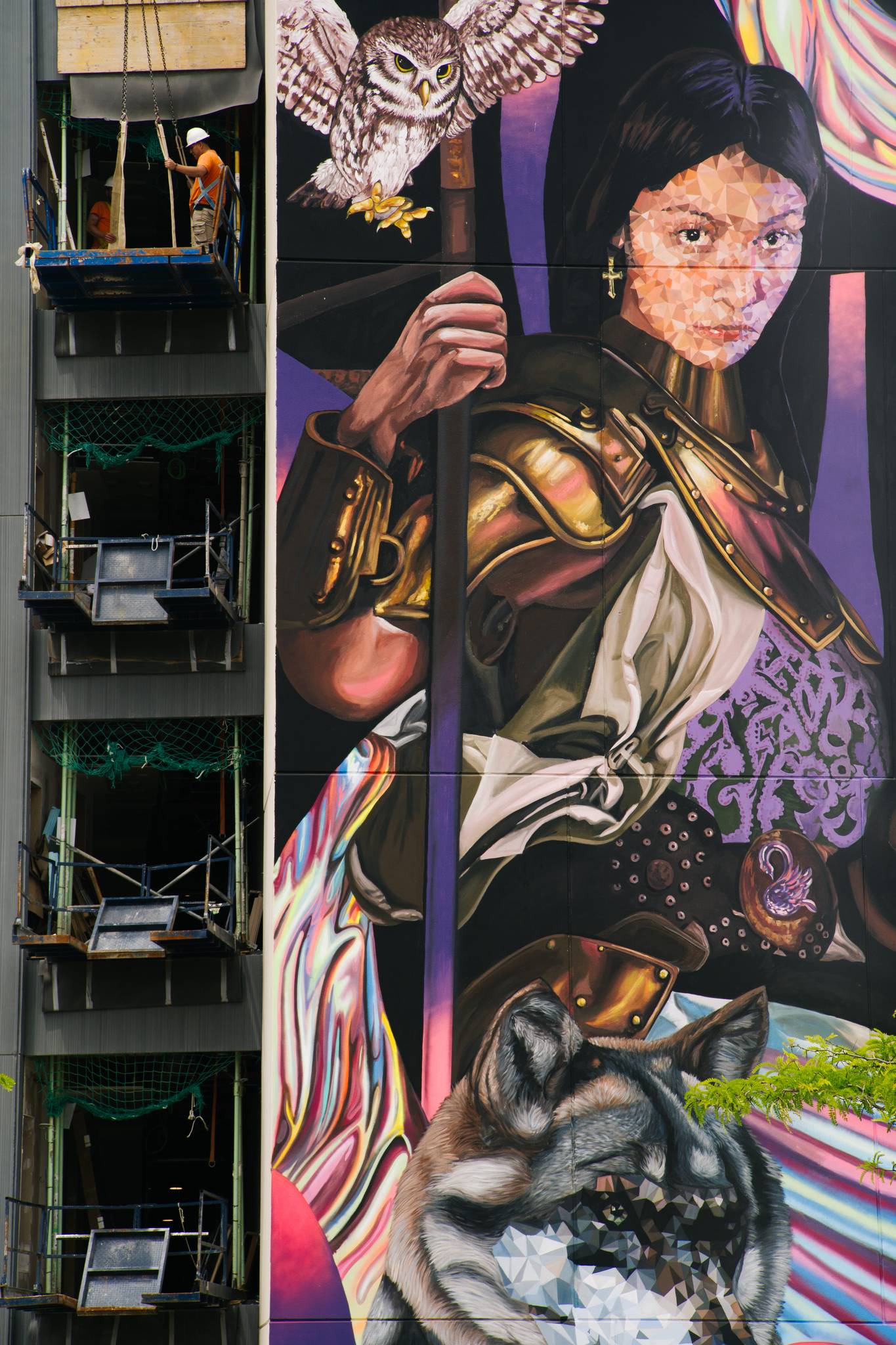 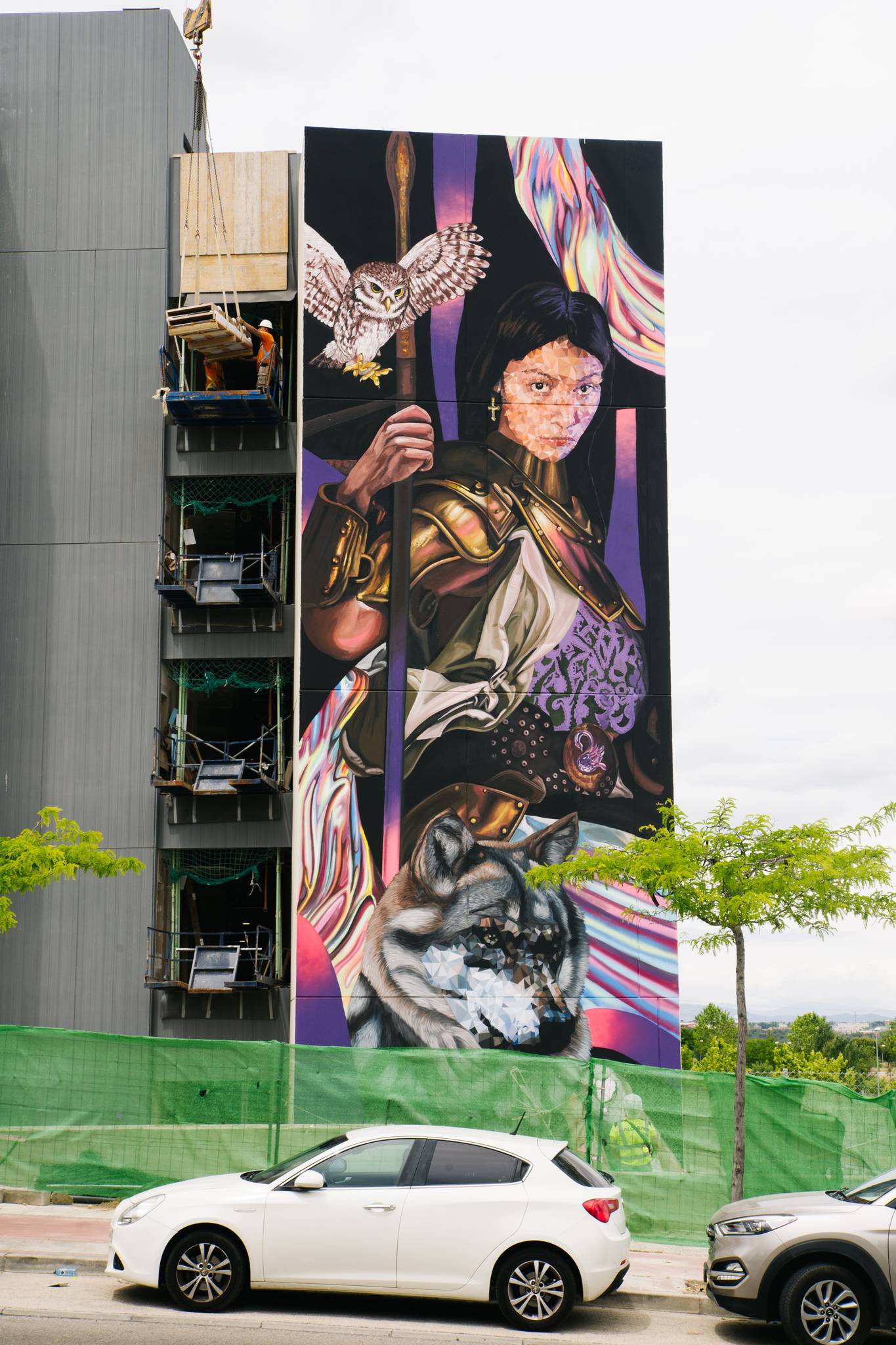 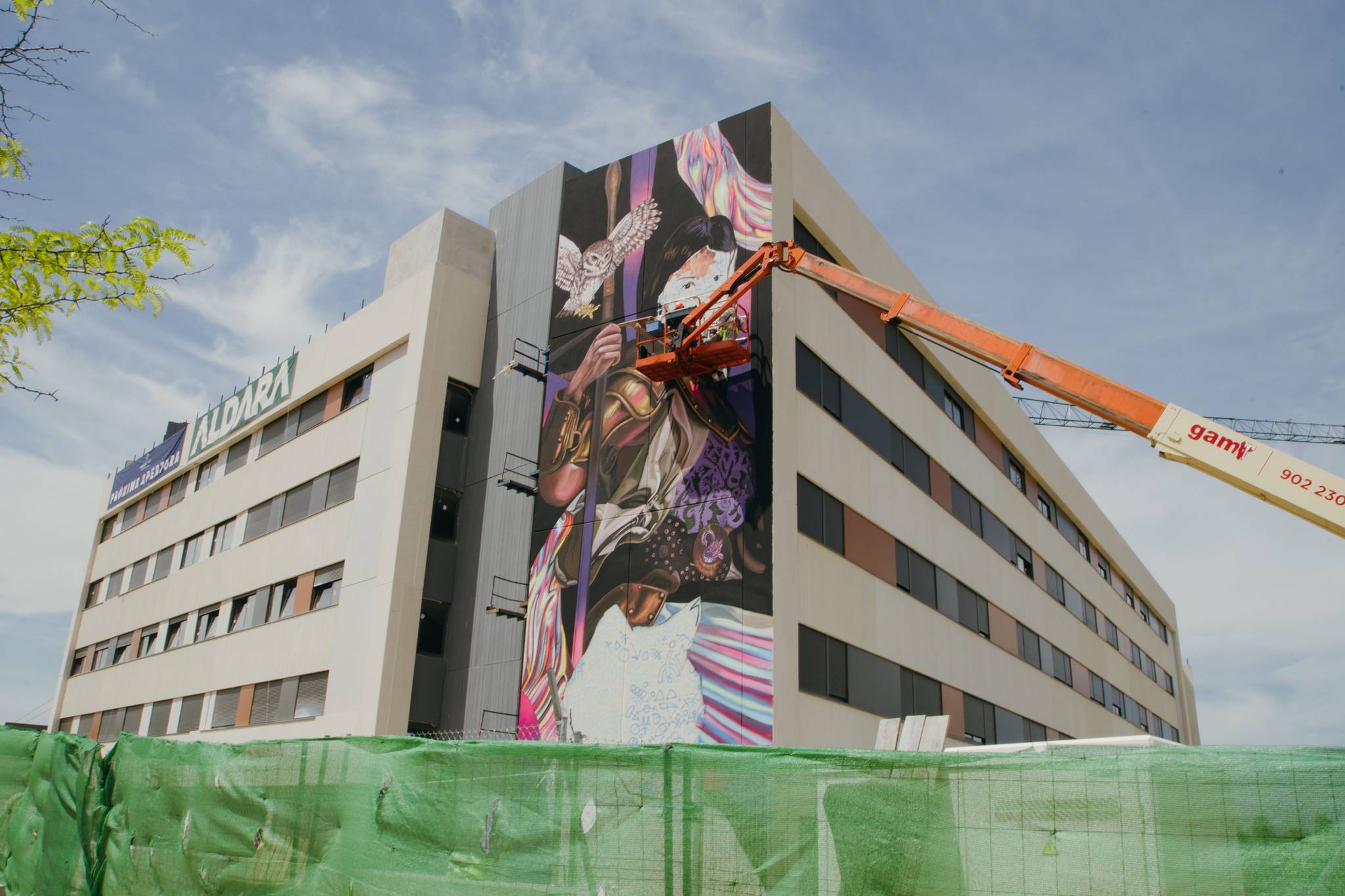 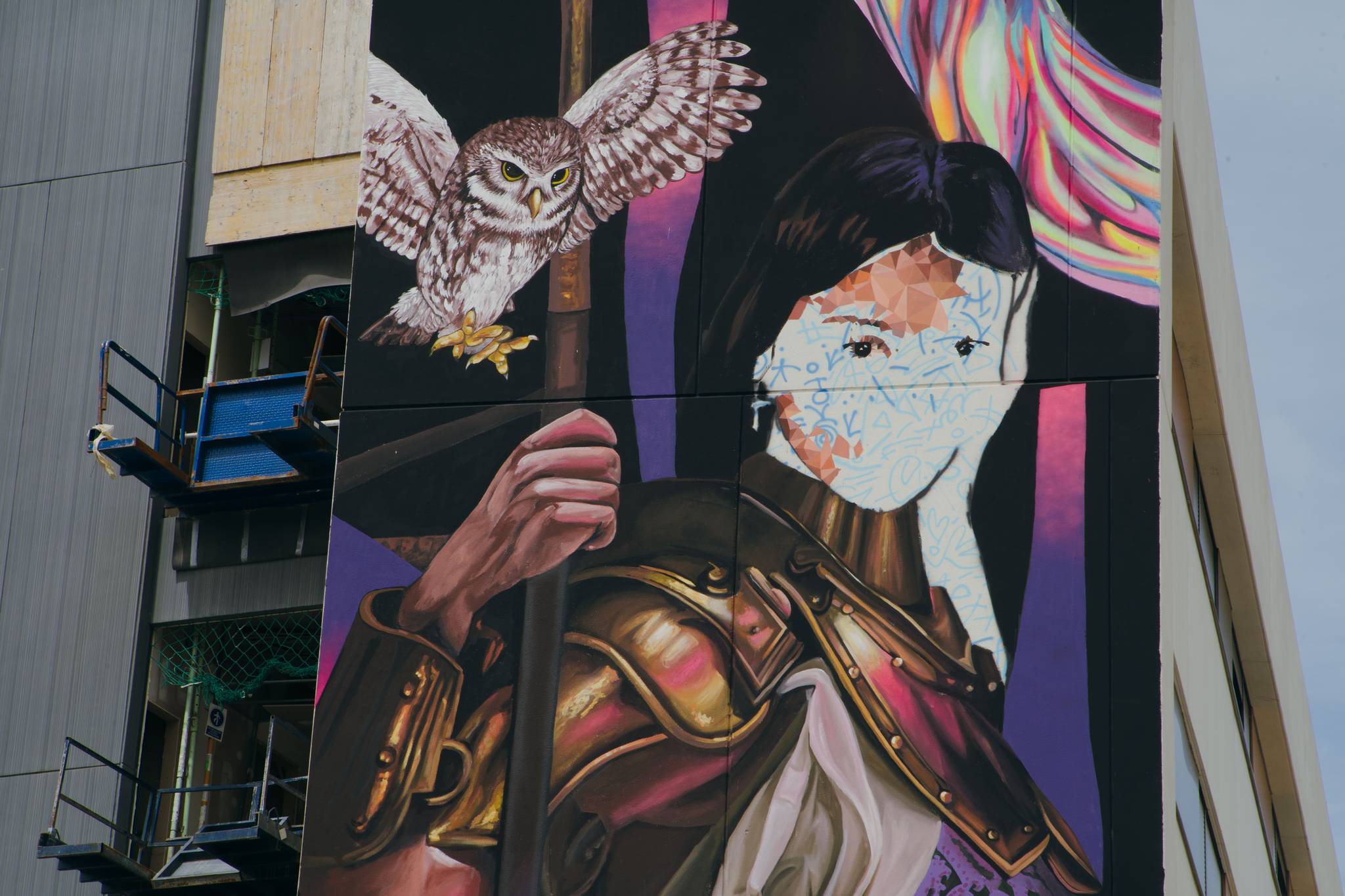 Hunted by Tim. Pictures by provided by Rebobinart.