🏆 Nomination: Best Of 2022
A mural paying tribute to basketball player Kobe Bryant, by Portuguese artist Odeith and American Nikkolas Smith, was unveiled this Wednesday in downtown Los Angeles with the support of Branded Arts.
The mural, 38 meters wide by about 10 meters high, has the face of Kobe Bryant in the middle, who died in 2020, aged 41, in a helicopter accident and was considered one of the best players ever in the Northern League. -American Basketball Association (NBA). The Portuguese artist also painted a black mamba on the left side of the mural. Kobe Bryant was known as the 'Black Mamba'. On the right side of the face are painted in color, by Nikkolas Smith, several children on top of a giant book, with Gianna, the daughter of the player who died with him in the helicopter crash, in the spotlight.

The mural was unveiled on 'Mamba Day', an unofficial celebration that always takes place on August 24 in the Los Angeles area and which includes a series of activities that remember the basketball player who arrived at the NBA at the age of 17 and for 20 years wore the Los Angeles Lakers jersey.
Odeith, born in Amadora, started painting on the street and on train lines and worked for more than a decade on tattoos and left murals in the neighborhoods of Cova da Moura, 6 de Maio and Santa Filomena, while developing the 3D technique (three dimensions). , one of the most striking characteristics of his work, and which has led him to work extensively in the United States of America. Kobe Bryant is idolized all over the world, where he has been honored in the most diverse ways. 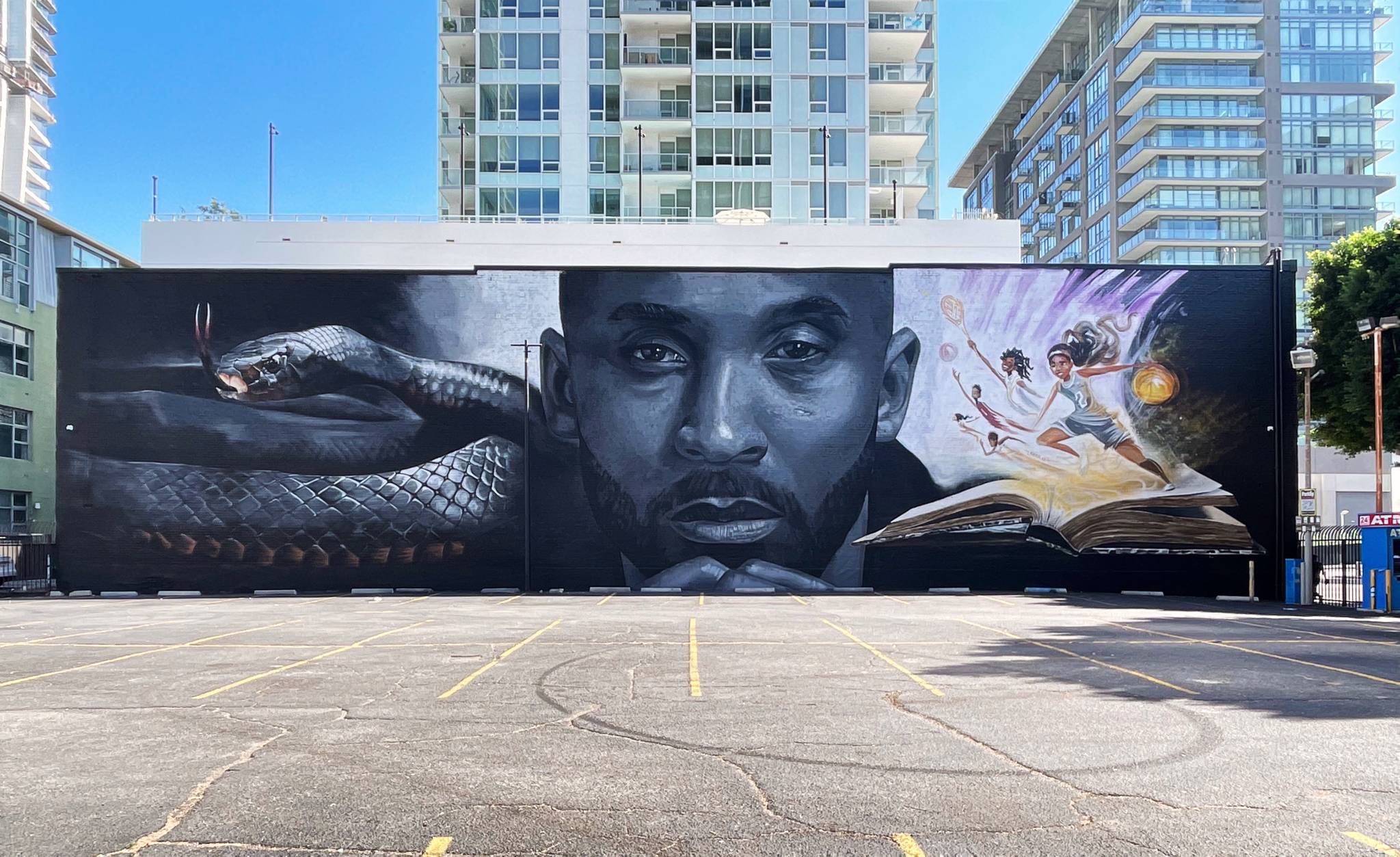