🏆 Nomination: Best Of 2022
After two weeks of intensive and creative work in Liepāja, on the wall of the building at Pasta Street 24, there is the latest accomplishment of the world-renowned graffiti artist OZMO – a symbolic representation of elements characteristic to Liepāja through modern and culturally and historically significant images.
The mural emphasizes the importance of the sea in the daily life of the city, depicting it in the image of the Sea god Neptune, the seductive and captivating city, depicted in the image of a beautiful woman – a Siren, and the wind of Liepāja. In this work, too, OZMO has used his typical references to world-famous works of art. The image of Neptune is modelled from that one on the fountain of Neptune in Bologna, Italy, but the wind is symbolized by the Wind god Aiola, depicted in this shape at an ancient marble tab and used in the works of OZMO before. In turn, the woman’s head is decorated with three stars as those from the Latvian State Statue of Liberty, thus emphasizing the importance and role of Liepāja in the whole country.

“When creating my works, I always do research in advance and use different symbols. In this mural, the wind creates roaring sea waves, both united by the beautiful Latvian city – Liepāja, which is symbolized by a real-life girl, a singer seen on the social network Instagram,” says the author of the work OZMO. ” To create this more than 150 m2 large painting, it took 11 days, 217 colour cans, a tube of sunscreen, one bucket truck and many forthcoming people, who helped to implement this long-cherished idea,” says the author of the project idea, the “Red Sun Buffet Beach Bar” co-owner Mareks Alberts 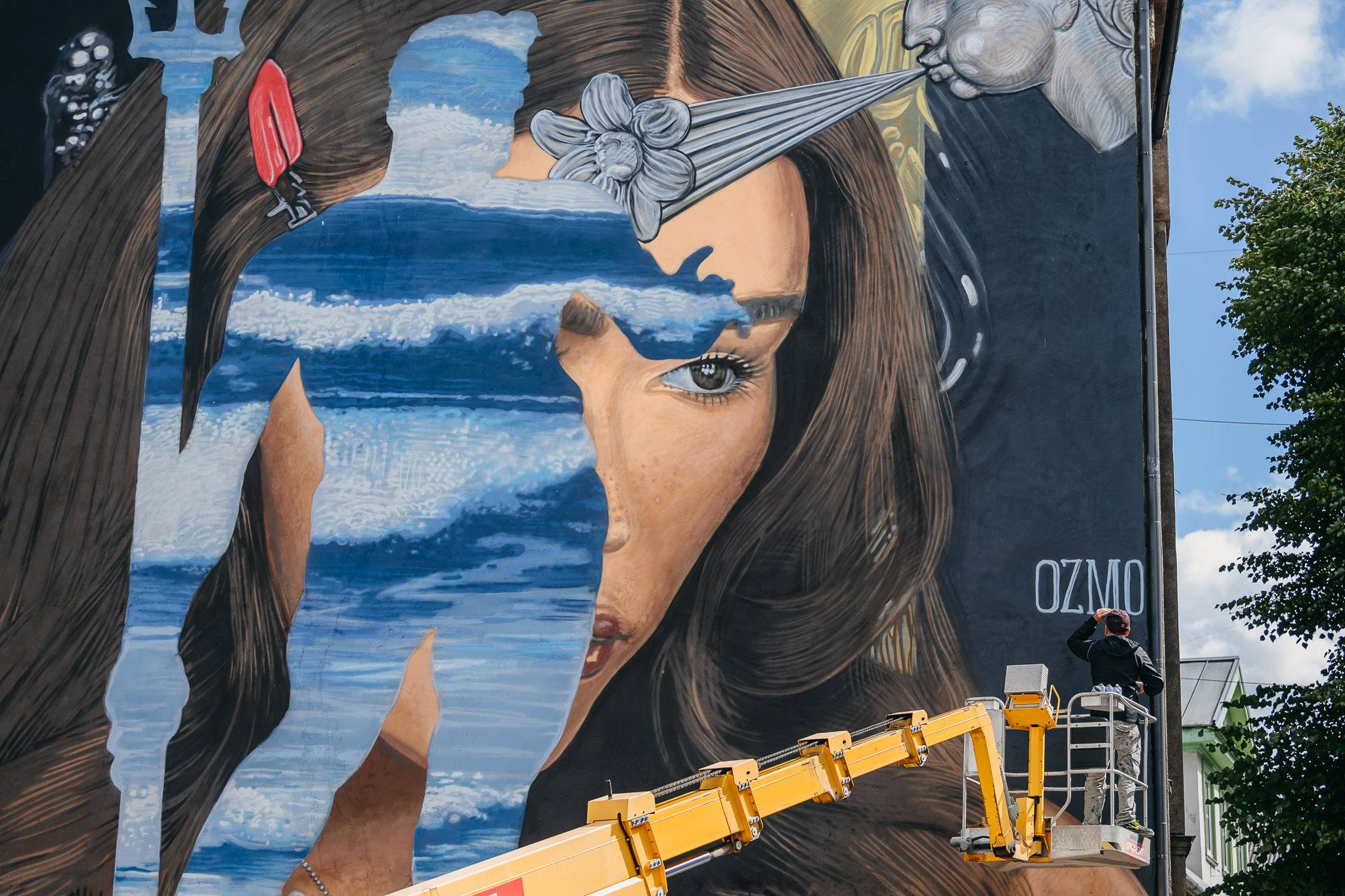 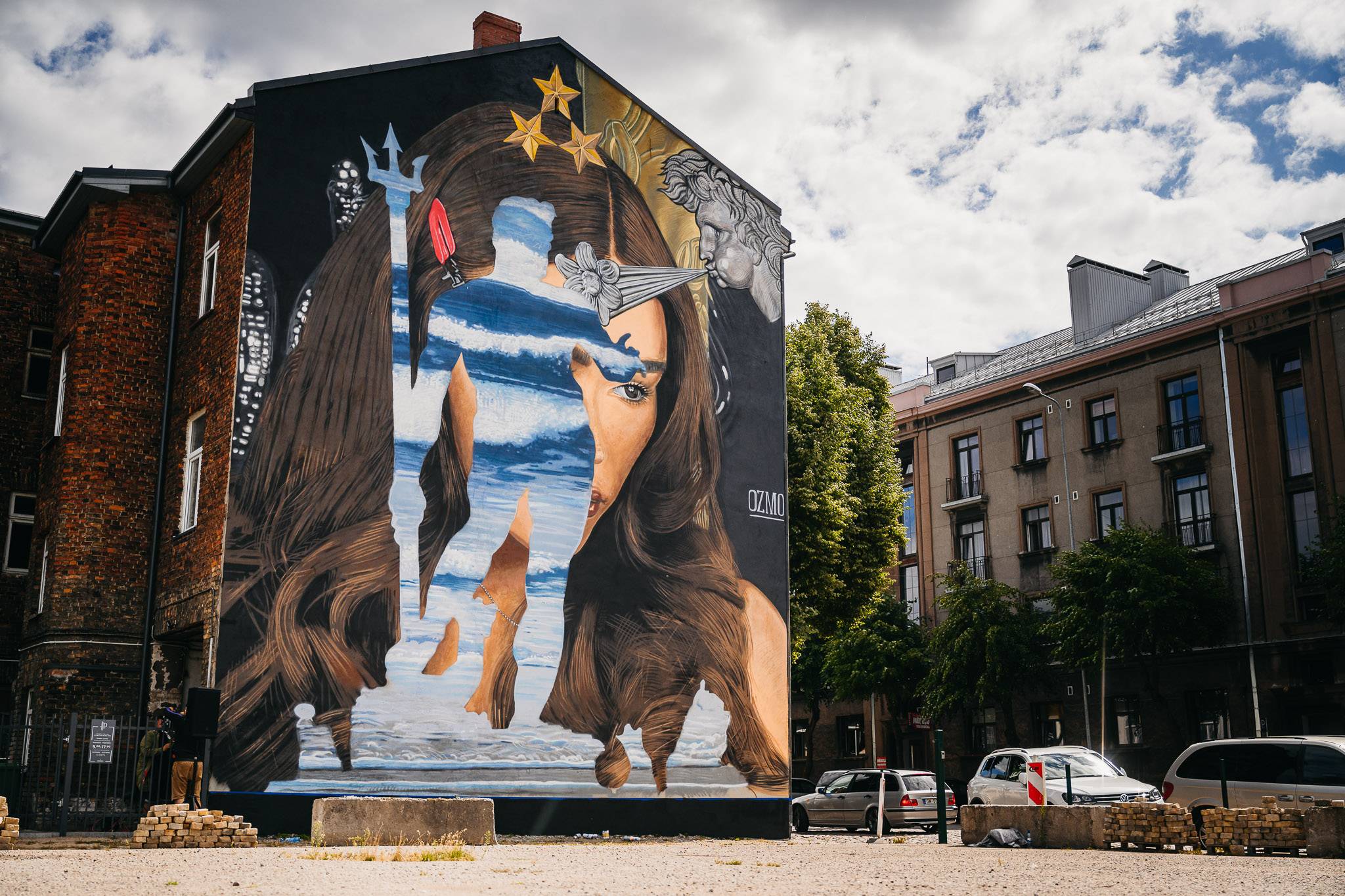 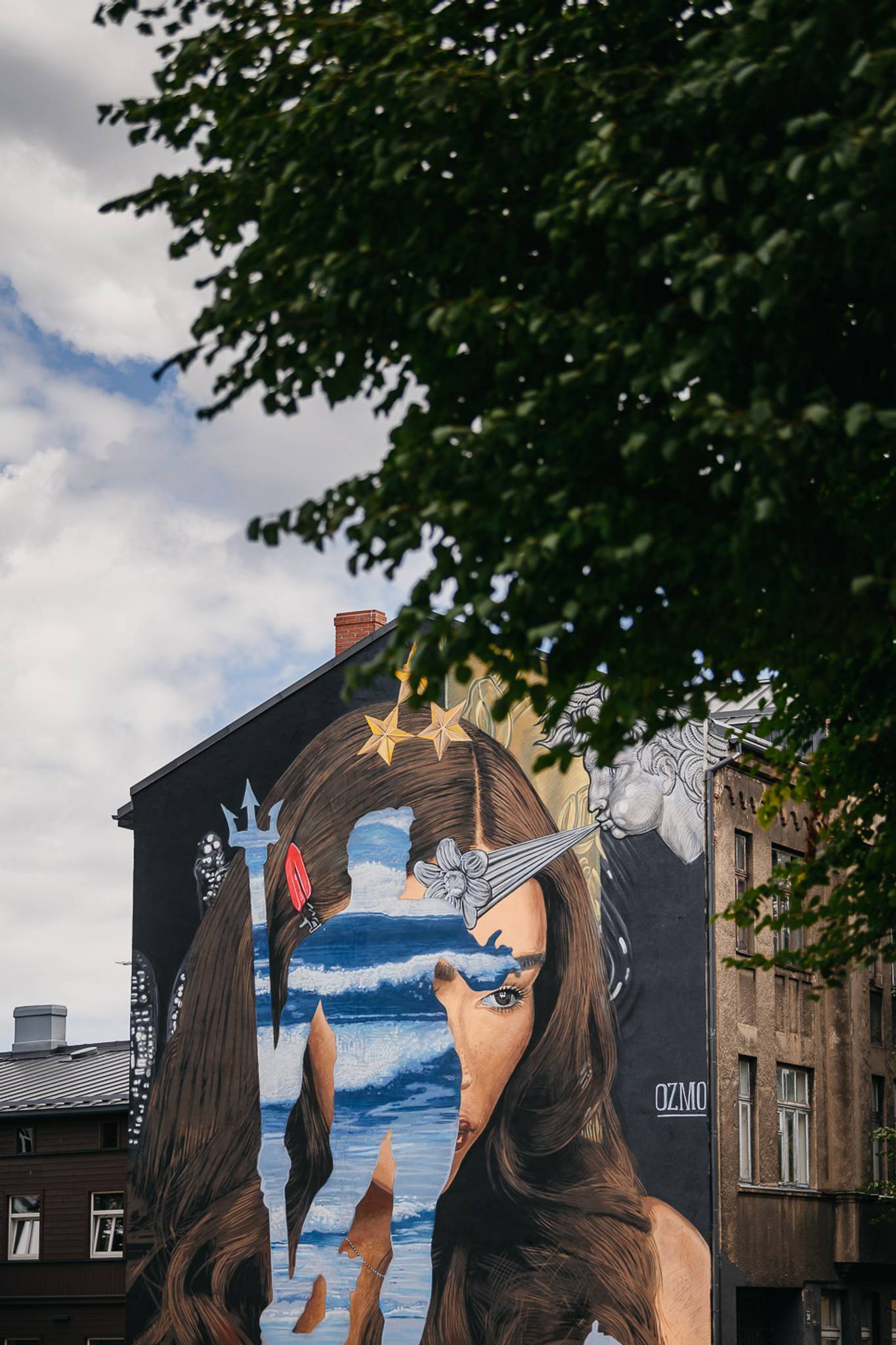 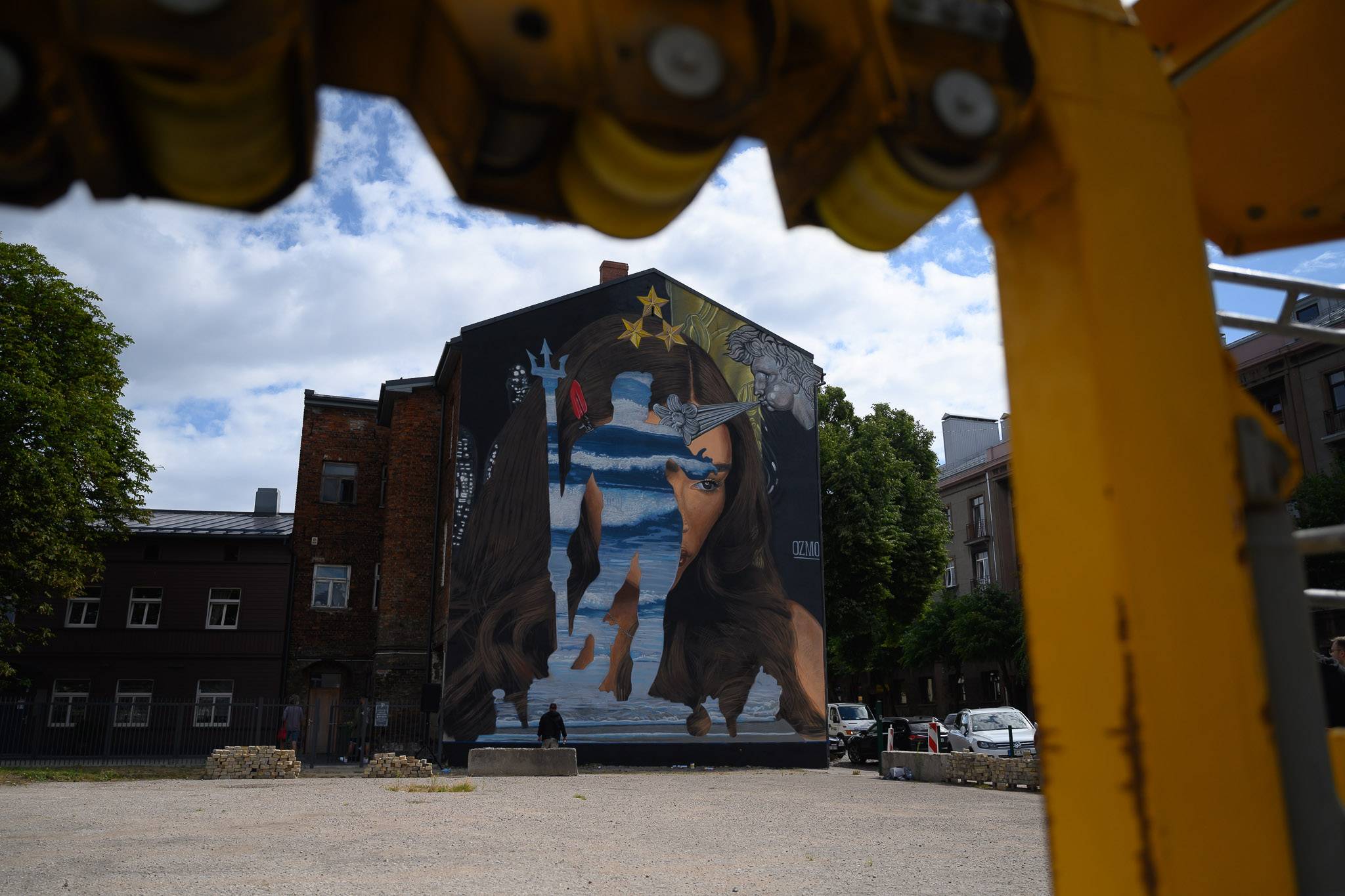 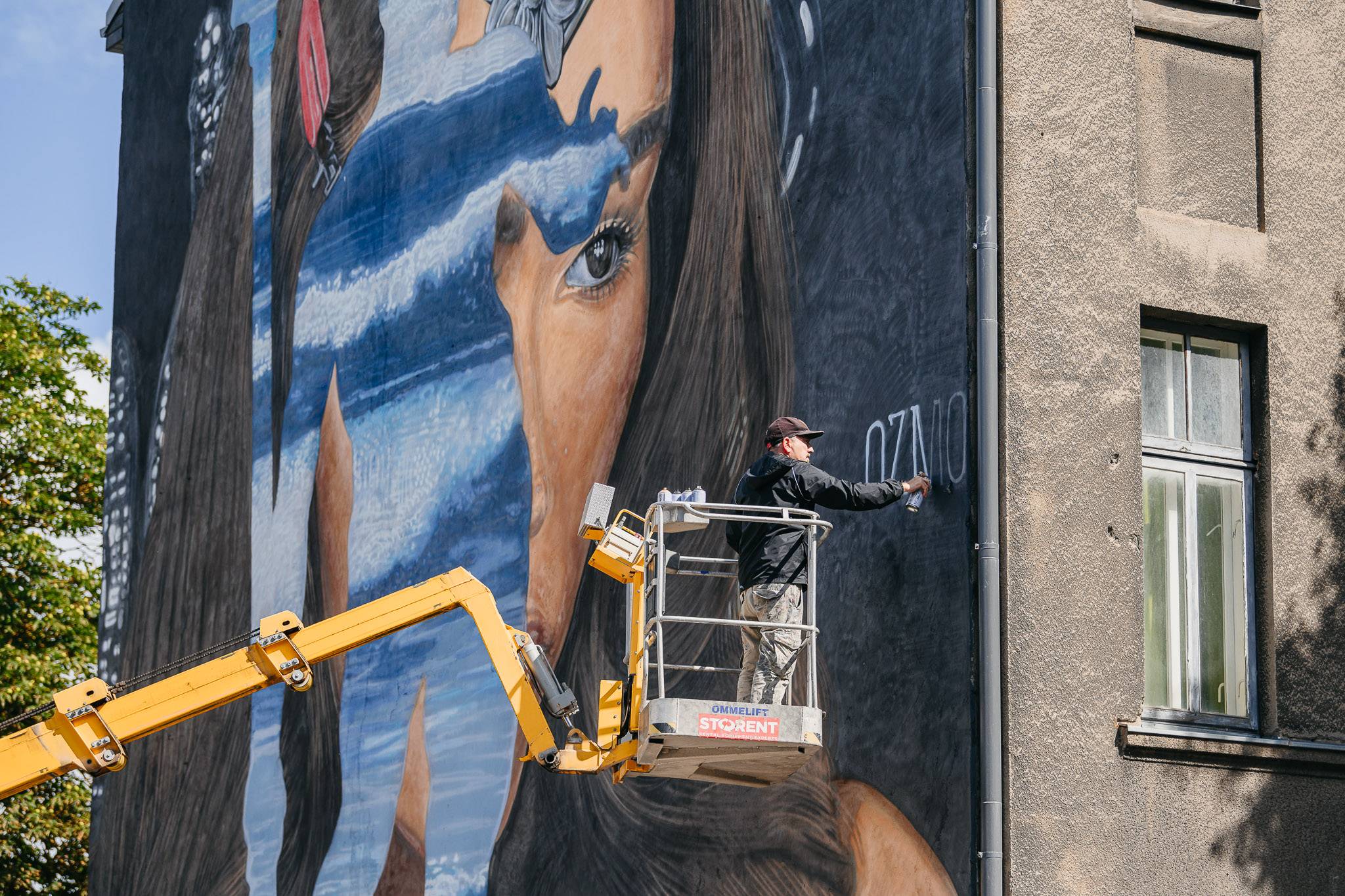