🏆 Nomination: Best Of 2022
“Our homeland is rooted in the heart,
our pride runs in our veins
and the future in our smile.
And so we build a home,
loving what we are,
inheriting a legacy
and making ties.
Our strength has no horizons.”
Nevada has a very large Hispanic population and has become home to a growing Mexican community over the last few decades. In particular, the city of Las Vegas has historically been an important destination for immigrants from Latin America, who sought employment in the hospitality, entertainment and construction industries, among others.
Las Vegas's population has immigrants from multiple nations, but Mexico and Central American countries have the largest number. The first, due to its proximity and historical ties; while Honduras, El Salvador and Guatemala, for the various social and natural phenomena they have suffered.

Mexicans have a strong and cheerful spirit. There is great solidarity and brotherhood when making a home away from our native country. The Mexican royal eagle is a national symbol, inherited from our pre-Hispanic past, but it is also a symbol of strength and courage. And what better symbol to represent all my Mexican brothers that for diverse situations have had to face a different culture and start a new story.

"My admiration to all of them for their strength, bravery and hard work. The eagle is also a symbol of patriotism and pride in the United States, thus it reflects the binational belonging that exists among new generations of Mexicans and Hispanics in that country.
Another very significant symbol is corn, children of corn, of our daily diet, of our history. Nurture is important, and corn is the element that pays tribute to the gastronomic wealth from north to south and is also an essential part of our traditions and celebrations. " : shares Adry

Painted with Carlos & Guido for Konect 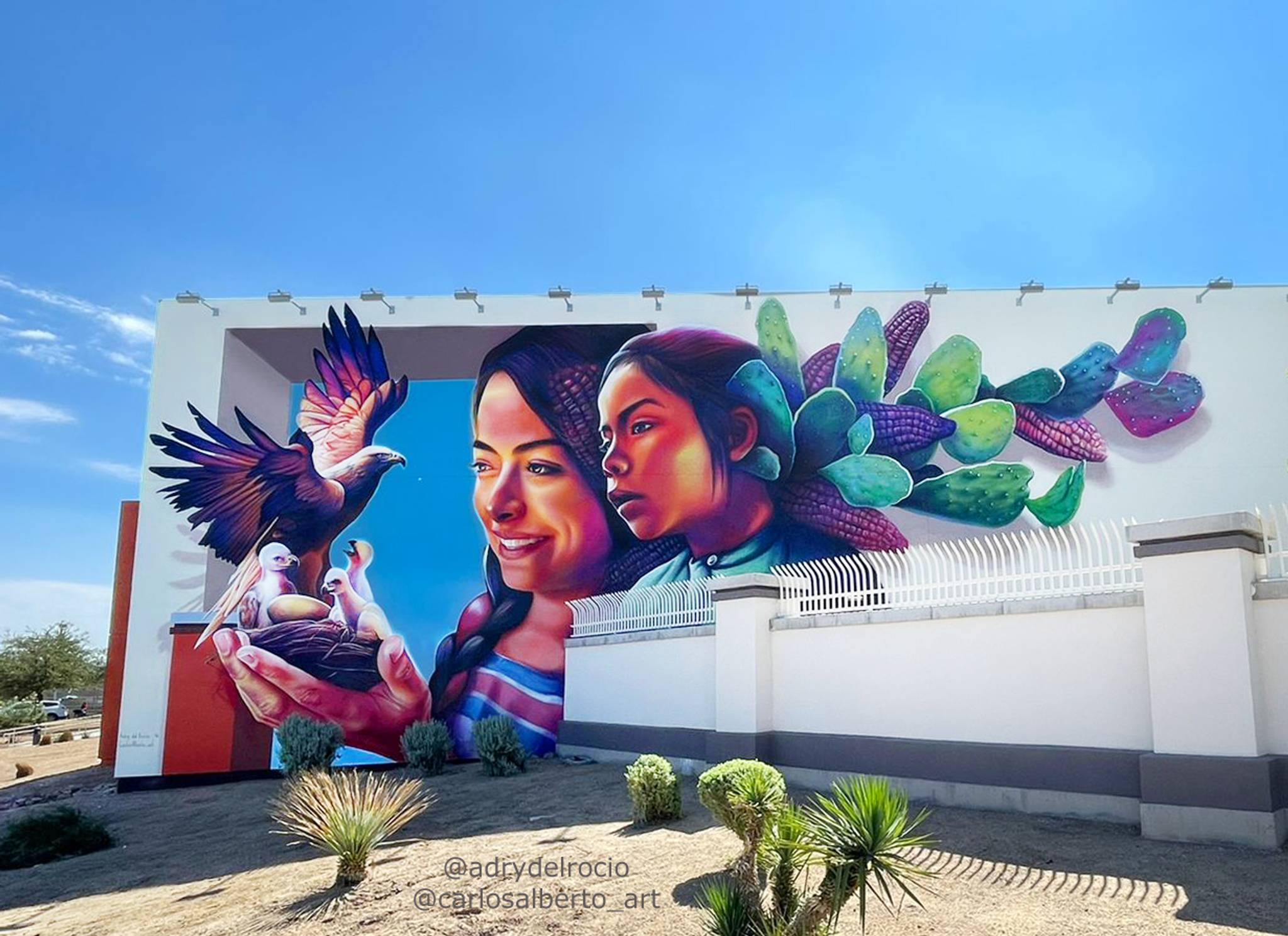 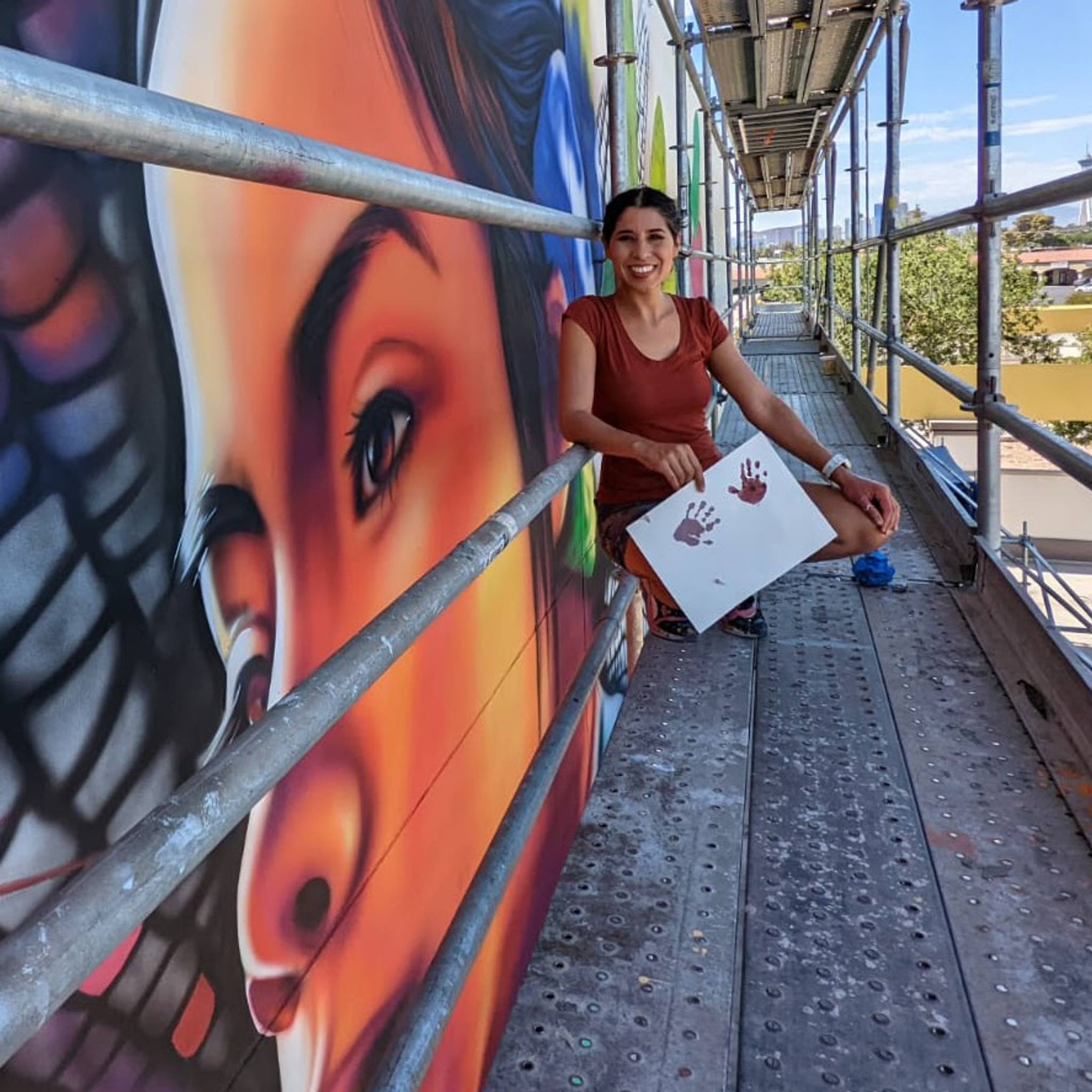 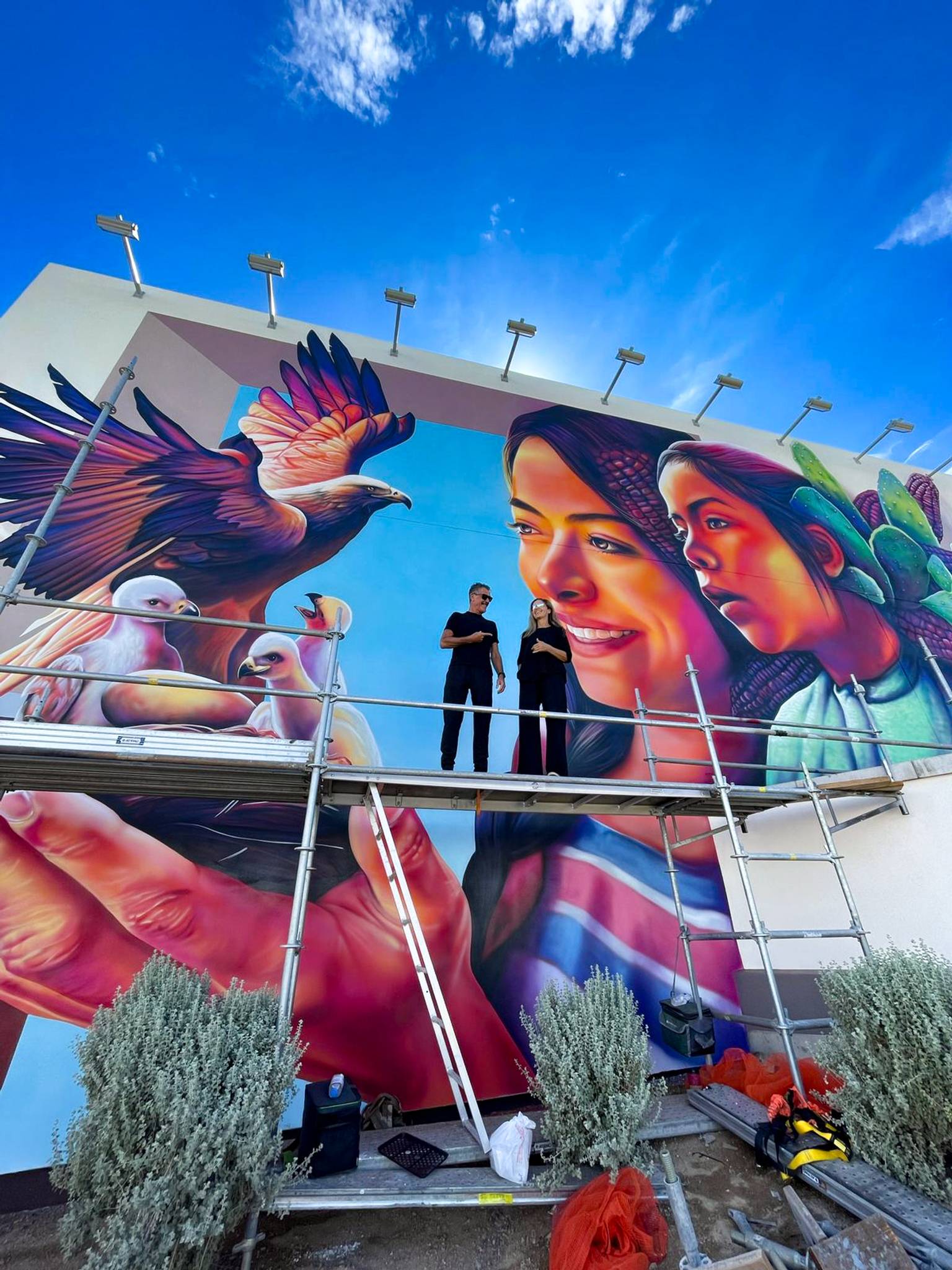 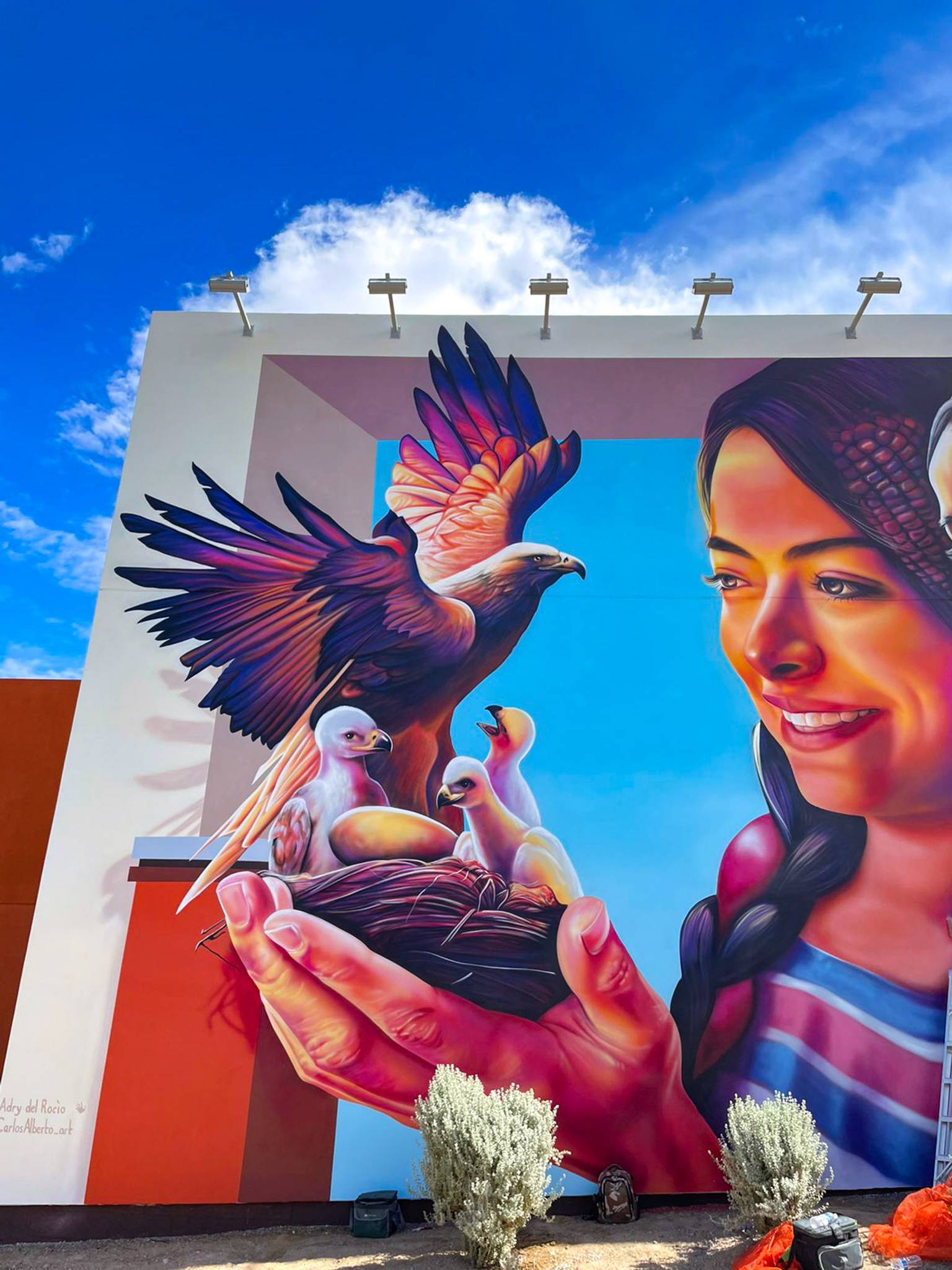 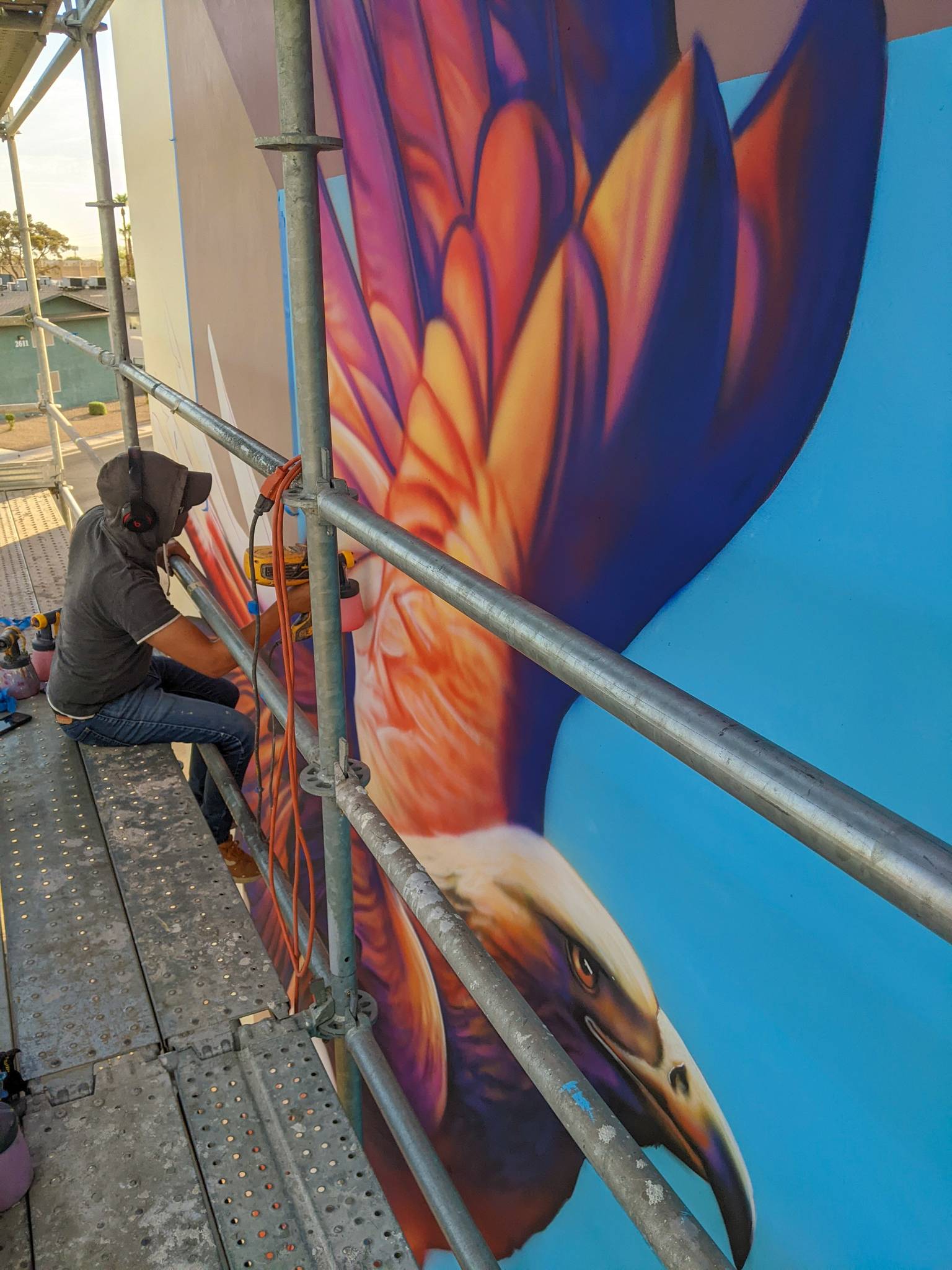