Fresh wall by Prophecy aka PRO176 for StreetArtFestival.
About PRO176: PRO176 was born on July 26th 1976 in Paris and grew up in Choisy-le-Roi, a small town in France’s capital southern suburbs. Born to an account and a stay at home mum, nothing in his family environment predestined him to an artistic carrier. Starting age 5 however, he taught himself how to draw by copying the art of Jack Kirby, the famous American comic illustrator.
These American comic books would influence him forever. From then on, he kept on drawing, a bit by boredom too, suburban life not having many activities to offer and trips to exciting Paris, ‘where everything happens’, costing a bit too much.
The violence and blocked horizon of these rough neighborhoods weren’t a myth. In 1986, the tragic loss of his father, whom he felt close to, marked his childhood and logically his work later on.
One day, as he observed the technics of two graffiti writers, Mode2 and Colt, during the festival ’89 youth for equality’, a young Pro had a revelation and decided to dedicate his life to painting.
In 1991, he stole his first classic, Spray Can Art (Graffiti’s Holy Bible) and instantly got contaminated, Krylon running through his veins ever since. Working letters and styles to extract their fullest potential became his priority. School was quickly replaced by days spent mastering his craft on walls and any type of visible formats. He is turned down by academic artistic education because of his ‘general bad grades”.
In 1996, he joins the ranks of the infamous and notorious Grim Team. The following year, rechristened Pro176, he takes part in the foundation of the Ultra Boys International. With Gold Jabe, Sozyone, Kool Func 88, Byz, Shake and Recto, the crew claims a new form of Graffiti, digging its aesthetic in Marvel comic books, futuristic abstract mathematics, alphabetical constructivism and the brutality of refined Picassonic facial cubism. A sort of pure Graffiti ‘Avant-garde’, that ignores all other forms of Graffiti, judged worthless.
In 2010, Pro becomes a member of the RTZ (Return to Zero) from Berlin in Germany, another crew of European revolutionaries famous for their futuristic letters.
Music, especially Rap, another major influence in his life will lead him from 1992 to 2010 to collaborate on many projects with different artists, producing three albums (“Le Cri des Briques”, “Vocabulaire Granit” and “Galactick”) and performing over 500 times on stage, both in France and Internationally, even at prestigious venues such as the mythical Olympia in Paris.
He claims a style inspired by Jack Kirby’s universe, where the eternal philosophical battle of good versus evil takes place amidst universes filled with infinite galaxies and stars, crowded by heroes and super villains. “After all, the universe is as wide as the creatures that must inhabit it”. An early movie enthusiast, huge futuristic machines and spaceships coming straight out of a sci-fi flick often appear in his backgrounds. His letters, designed to the extreme, perfectly interlock with these astro-galactic universes, just as the anatomic lines of his characters blend with the vivid color pallet he uses in his work.
Recently, large abstract and colorful figures cut out with black; have started appearing in his compositions, resembling comic book bubbles where an eye, or many, seems to observe you. “The all seeing eye… that can also deceive us” on the hidden meaning of things, their true significance. All is left to the interpretation… In 2009, fed up with painting canvases ‘against his apartment entrance door’, he meets Seen while looking for a studio. The contact instantly feels natural with the “Godfather of Graffiti” and a collaboration with Seen Studios is quickly on the way. It is a symbolic winkto his past, since Seen’s chapter in Spraycan Art had a strong impact on his early years as a writer. 20 years later, both artists are working side by side! With him, he learns how to use a brush and acrylics, giving his works a more polished look, thanks to the use of these new technics.
Since 2017, he is represented by gallery Géraldine Zberro in Paris and by DAVID PLUSKWA gallery in Marseille since 2014. 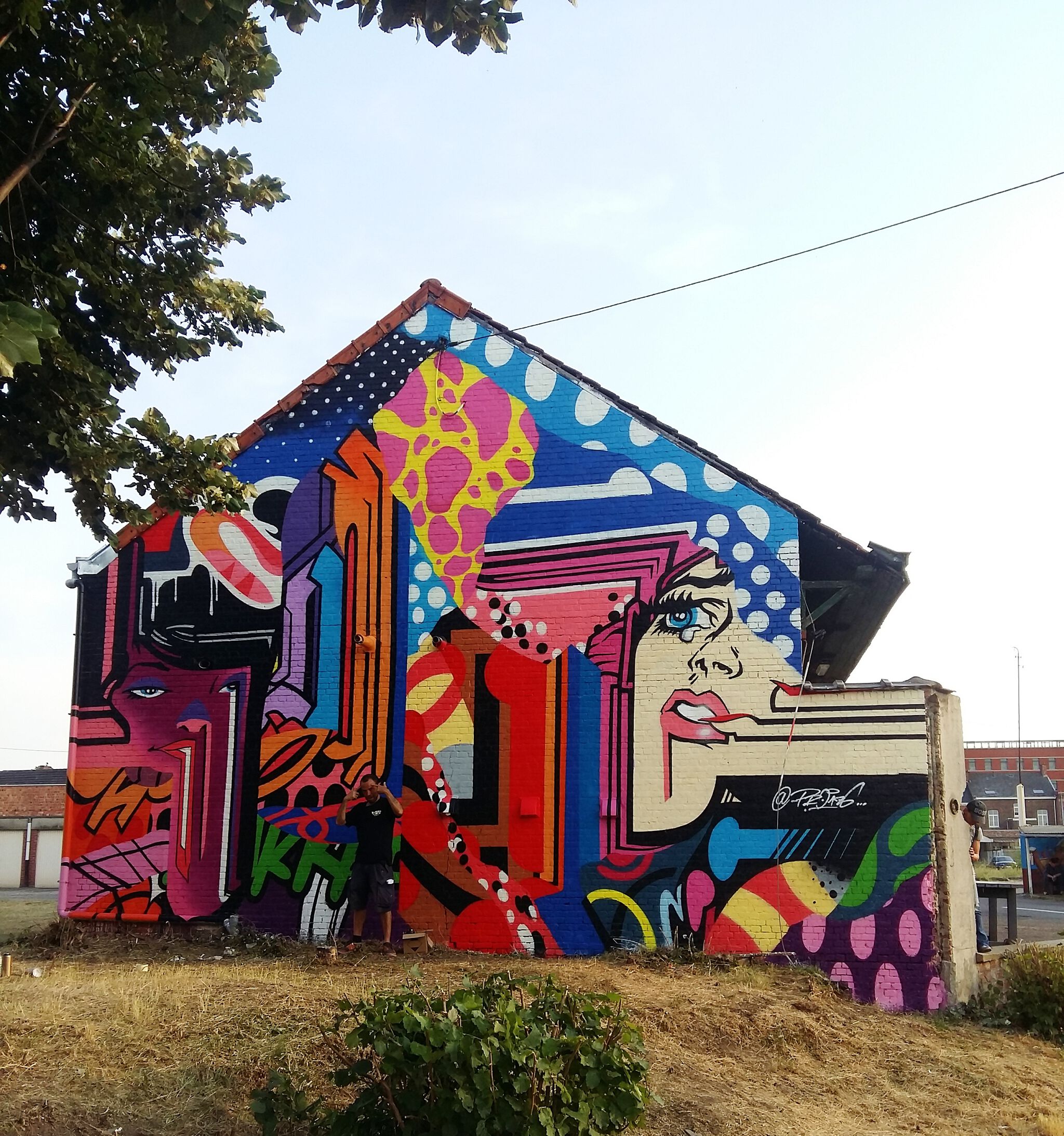 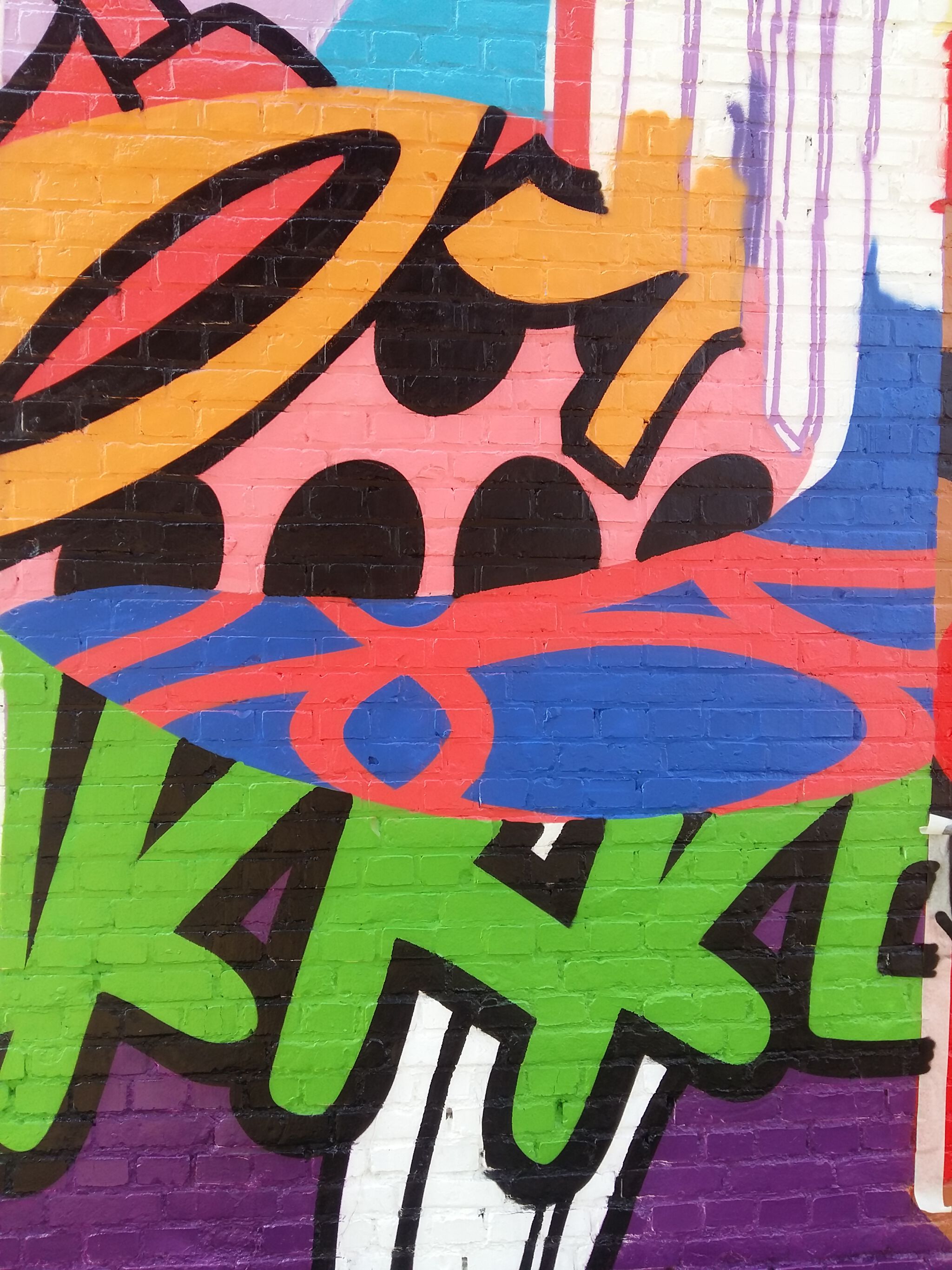 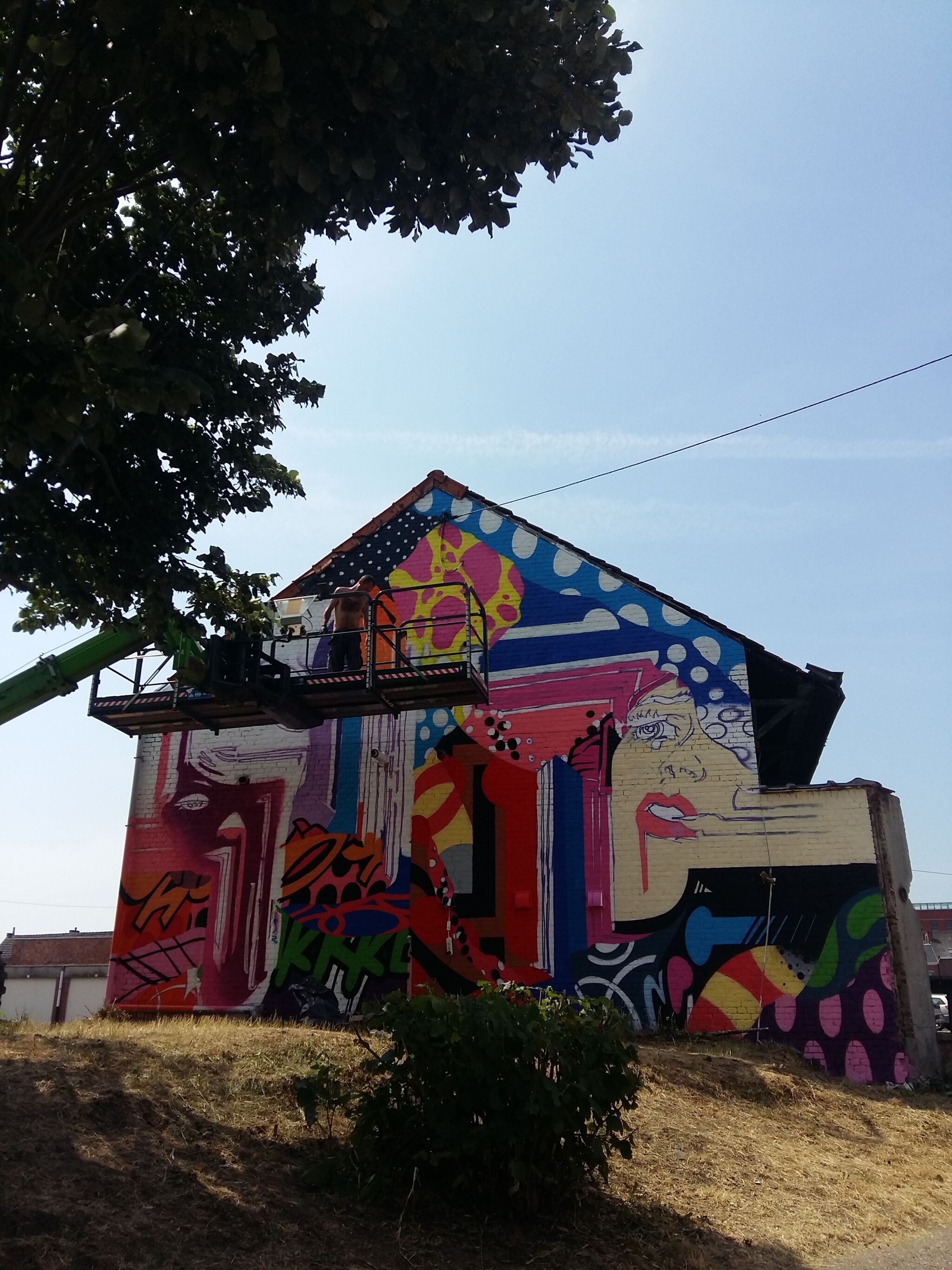