This halftone portrait by Egbert.EGD is an ode to a pioneer, a man who fought against the tide for an industrial area in the Havenkwartier (harbour quarter).  He became a catalyst for the Deventer economy and the namesake of this street: Mr. H.F. de Boer.
De Boer was an alderman at a time when Deventer was a fairly poor city. Every penny counted and not everyone saw the need for creating an industrial area. It was H.F. de Boer, in particular, who fought for the realisation of the port facilities. His idea was that the government should invest in the necessary infrastructure, and entrepreneurs should build for their own use. It turned out to be a move that would greatly improve the city’s industriousness.

Thanks to Egbert.EGD the former alderman looks onto the area with satisfaction. The viewer, however, may have to look twice. Up close, the mural seems to be a play of lines because of the half tone effect. But if you take a photo or a step back, the pieces will fall into place. 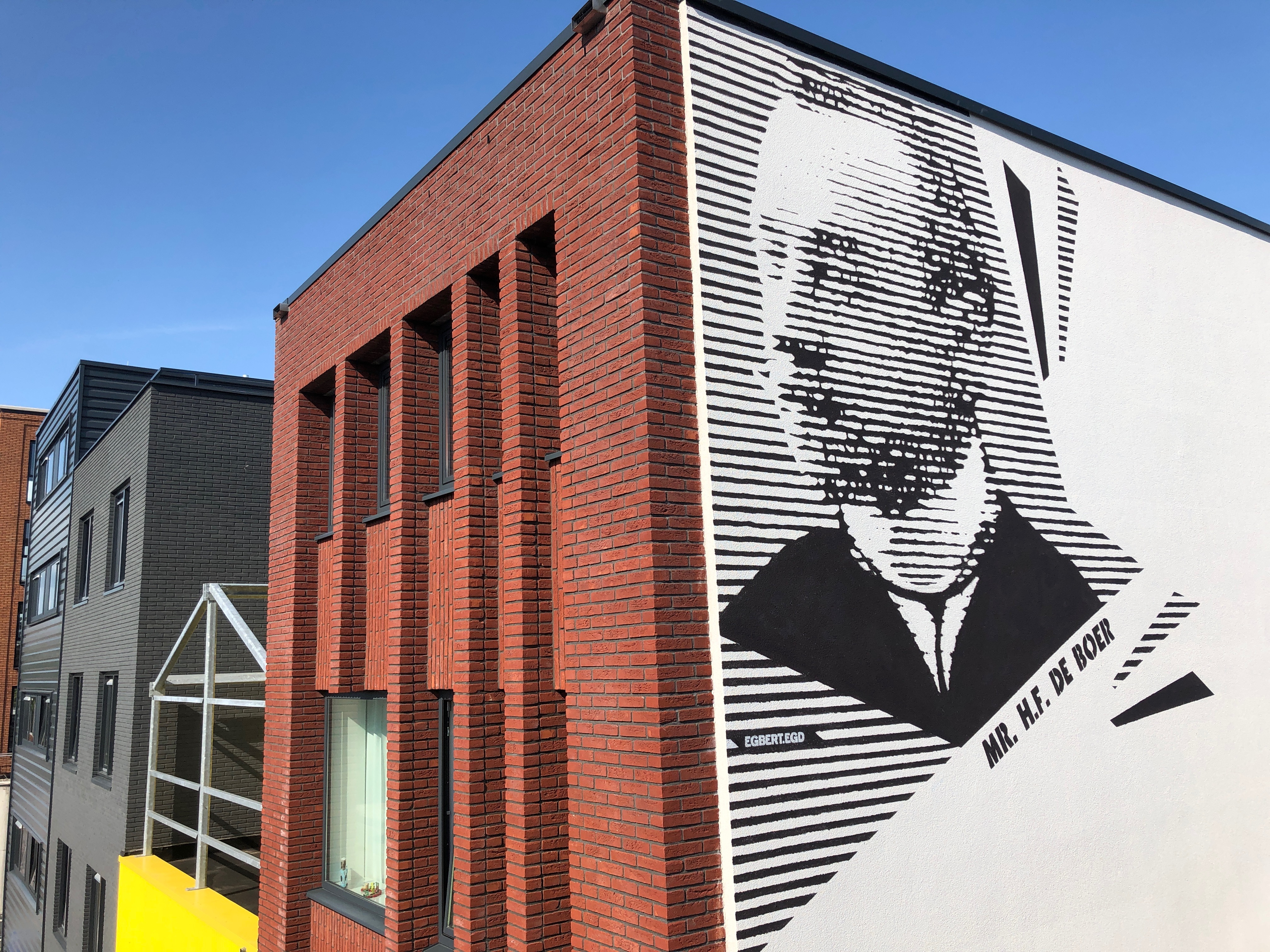 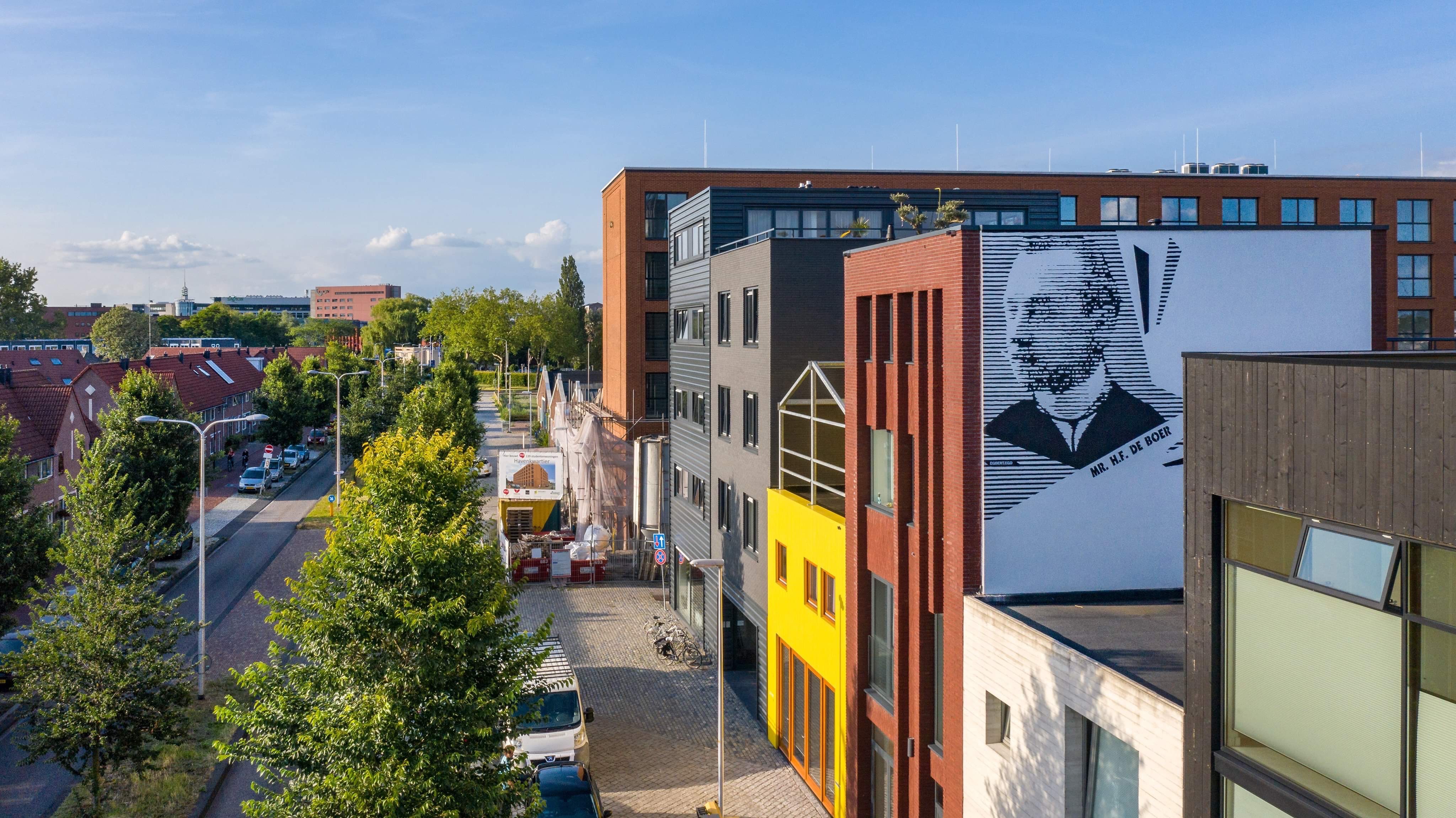 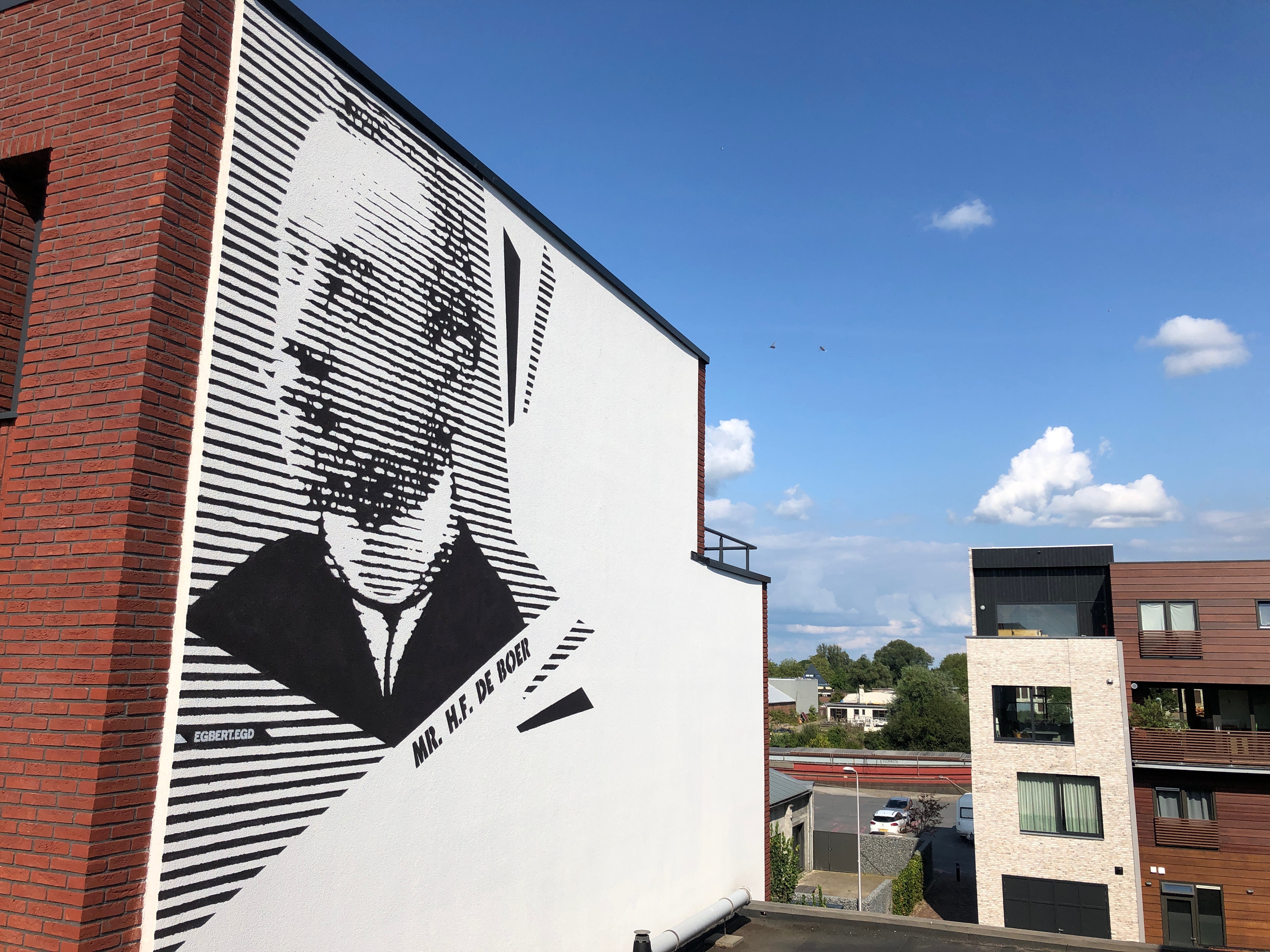