Joseba Muruzábal (aka Yoseba MP), based in Santiago de Compostela, is one of the greatest exponents of contemporary painting in Galicia. His work is characterized by a marked realistic style, and sometimes linked to surrealism, where he shows everyday scenes, through a very suggestive brushstroke and strong photographic influence.
He brings to Carballo his series of murals called 'Fenómenos do rural' where our grandmothers become superheroines endowed with superhuman power, thus paying homage to women as a crucial figure in our society.
As part of that series, the Galician artist made his peculiar tribute to the rural woman of Carballo, using one of the star products of the region: the potato. More concretely the local variety known as Fina de Carballo, a type very appreciated by the consumer and originally from the area, which in this large mural achieves a supernatural scale.
As if it were a menhir, this new and strong supergrandma carries with elegance a giant potato in the purest Obelix style, making a nod to the well-known character of Goscinni.
This work is part of Rexenera Fest 2017, more info at:
https://derrubandomuros.gal/
https://www.rexenerafest.gal/ 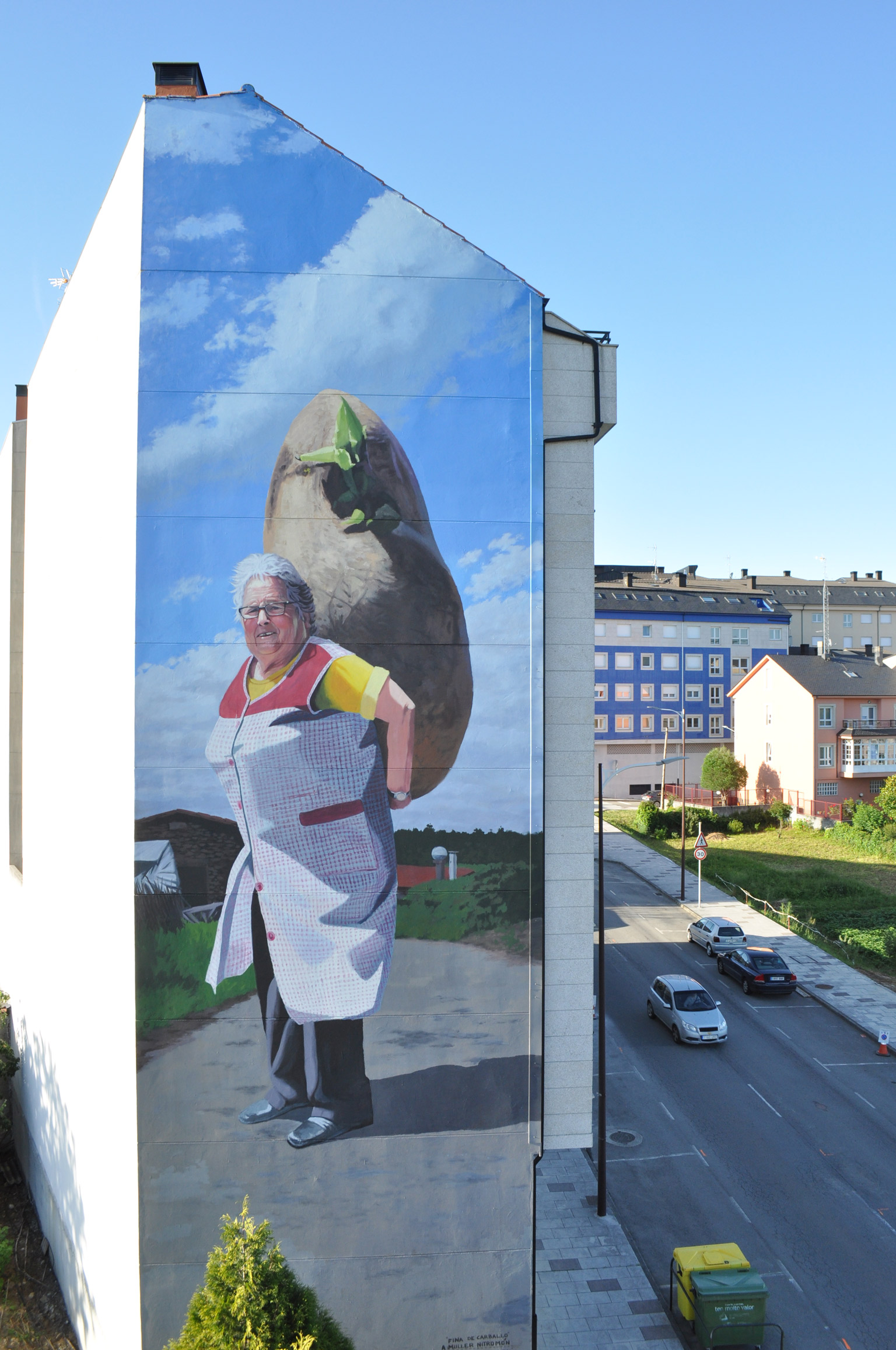 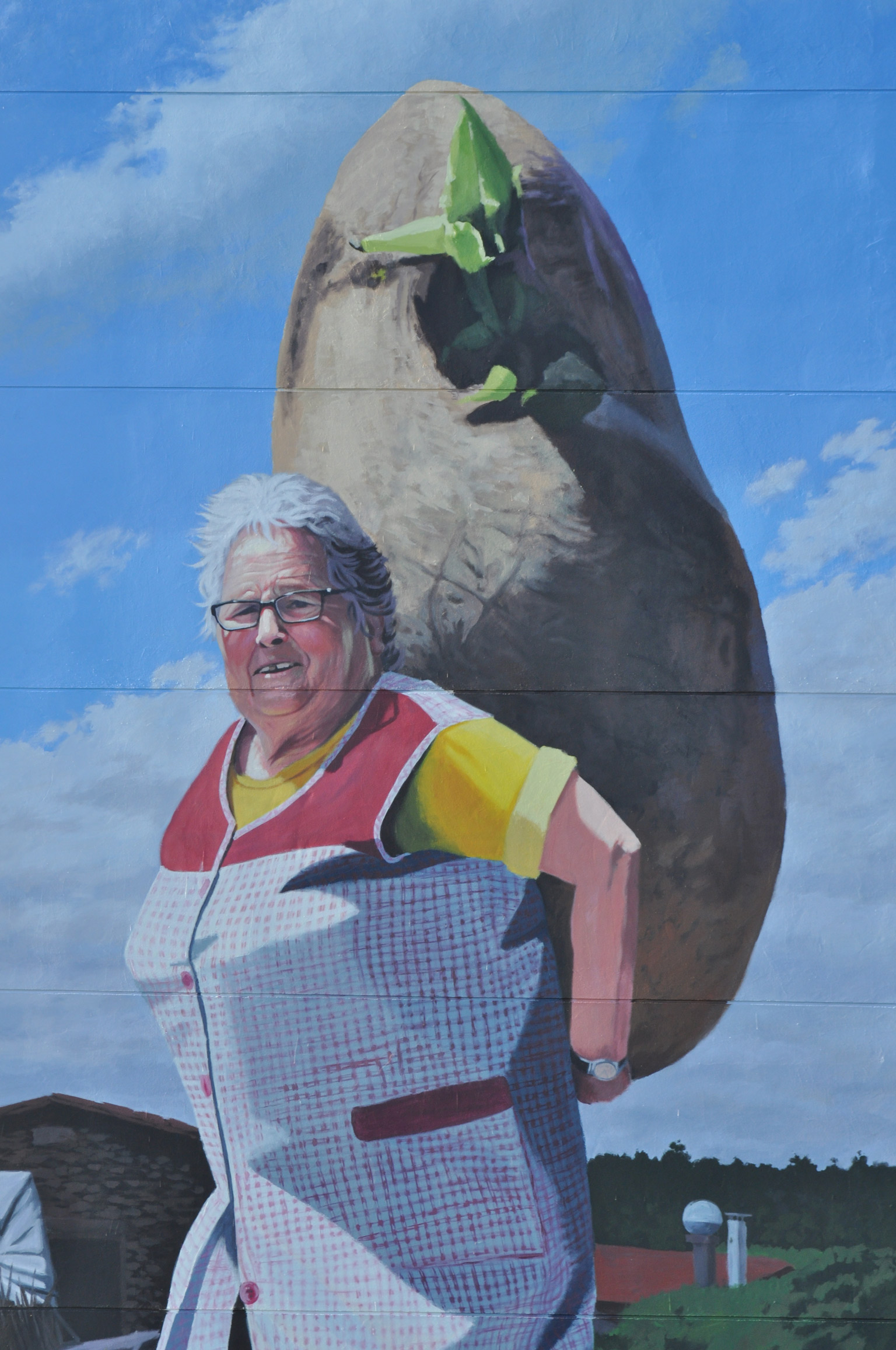 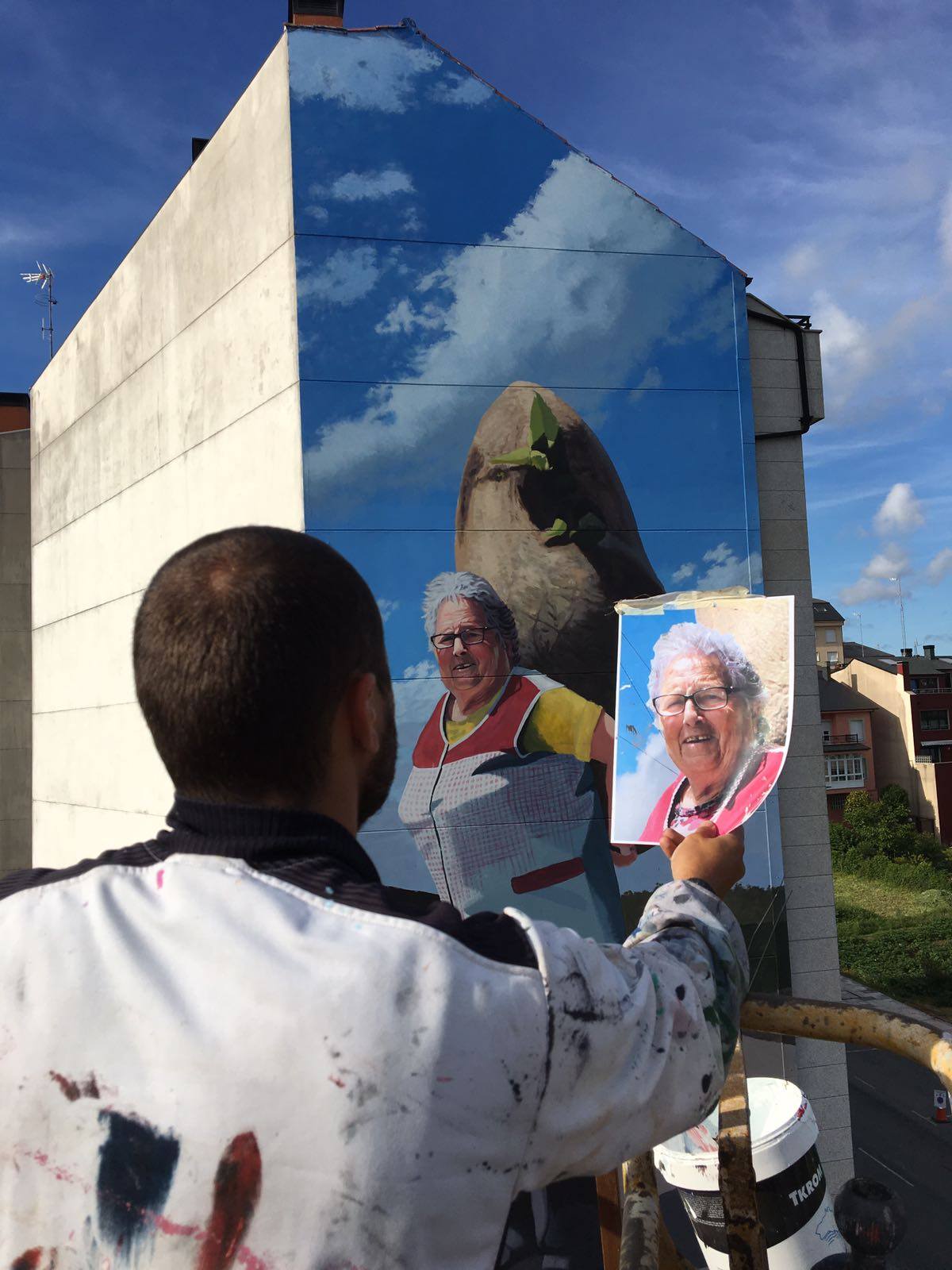