Canadian artist –
The mural painter Jarus is only 24 years old, yet his classic figurative style gives rise to drawings of great maturity. Originally from Regina, Emmanuel Jarus has not spent more than two months in his adoptive city, Toronto, in the last three years. He has travelled extensively in recent years, from Spain to the United States and including Germany, Great Britain and Mexico. Jarus draws women’s bodies in the main, and men more rarely. His figurative style is largely inspired by his artist grandmother, by the painter Zhong-Ru Huang, who taught him drawing at the age of 16, and by the works of numerous academic portraitists such as William-Adolphe Bouguereau (1825-1905), Anders Zorn (1869-1920) and John Singer Sargent (1856-1925).
A career that started at a very young age, at around 18, and in large spaces from the outset: “I didn’t want to do graffiti any more, so I started to do enormous portraits on wagons. That was the start,” explains Emmanuel Jarus.
A collaboration between a Boulonnais photograph and a canadian artist. Jarus chose a photograph of Frédéric Briois and interpreted it in his own distinctive way. 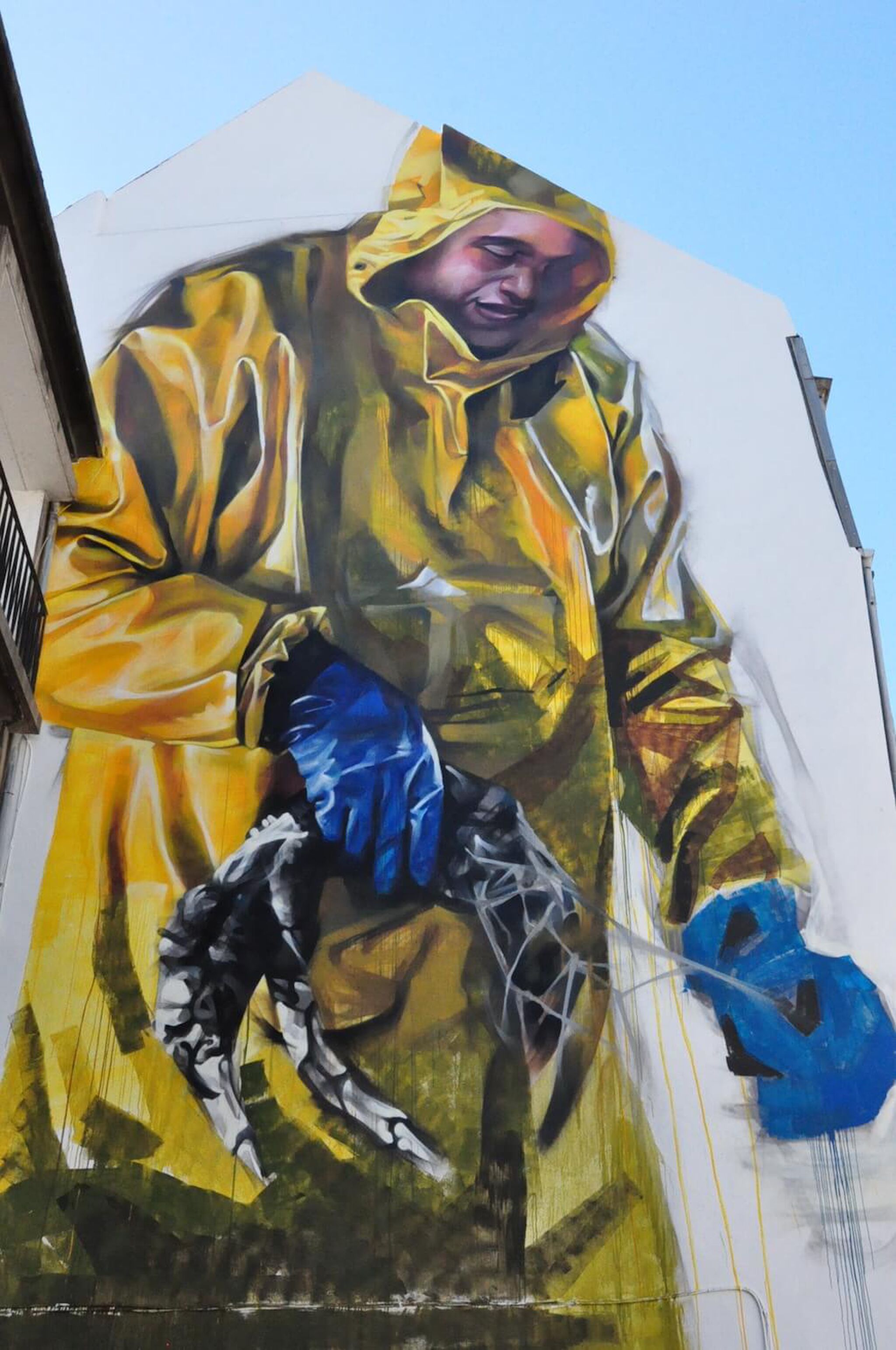 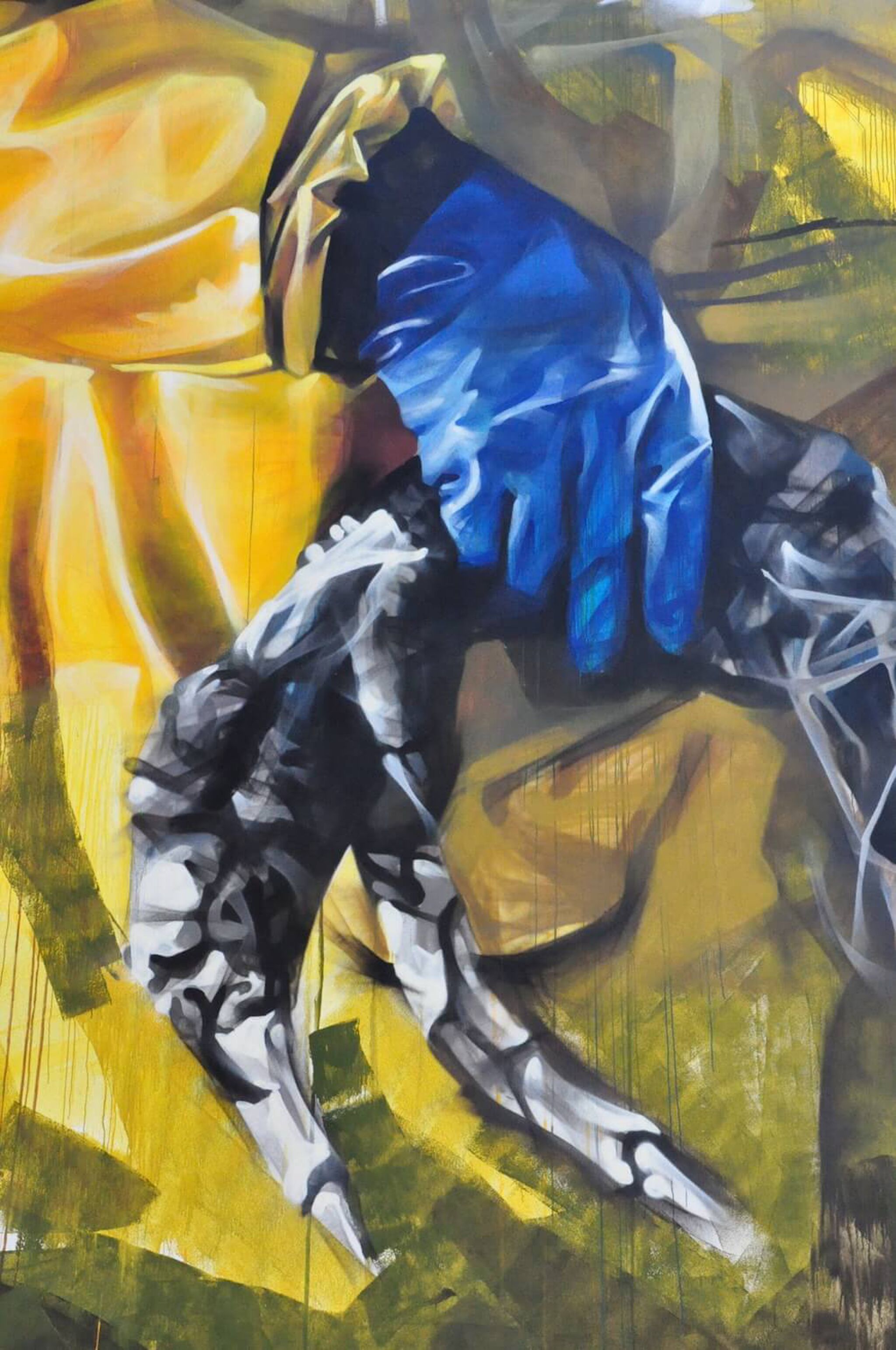 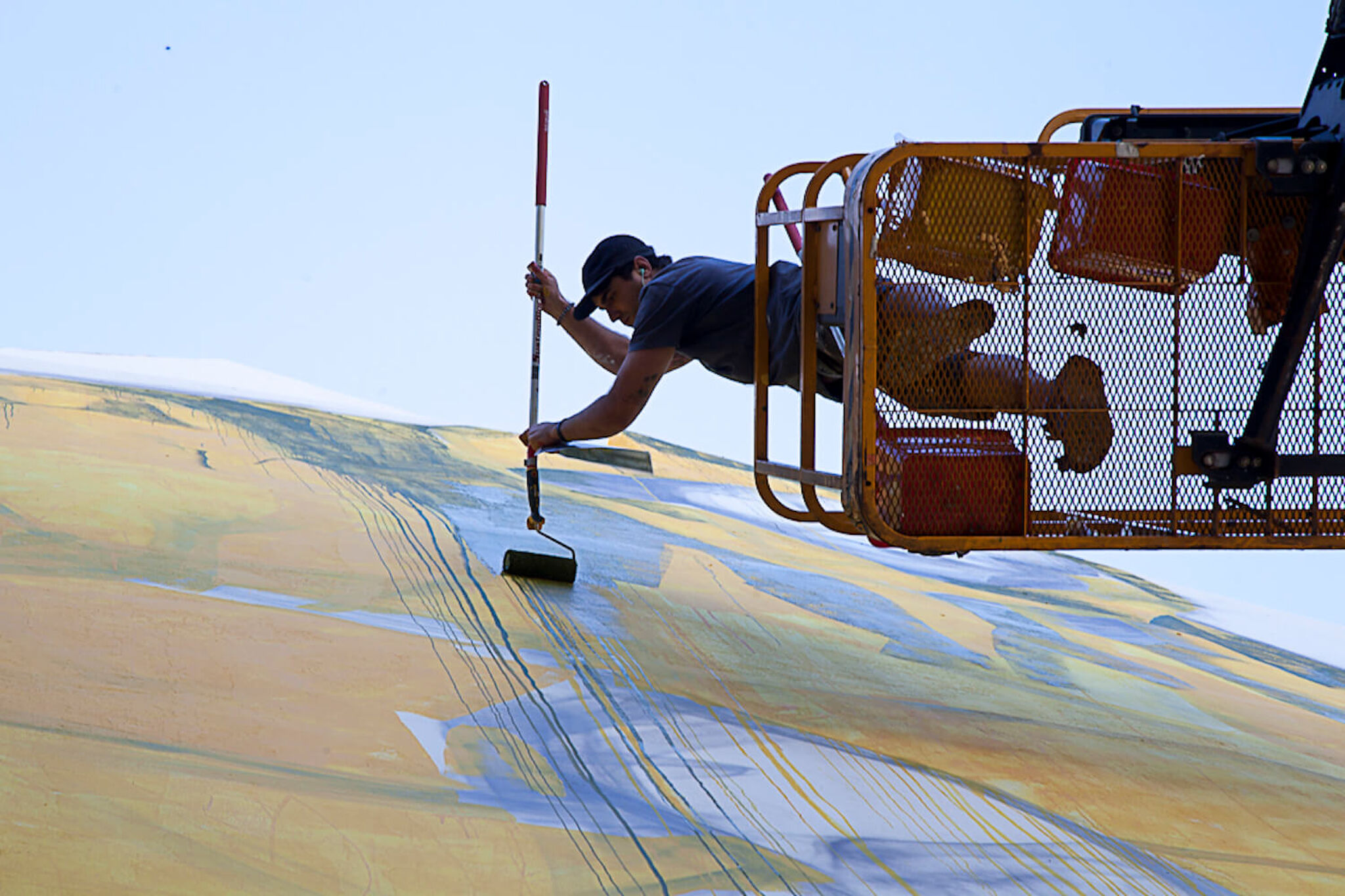 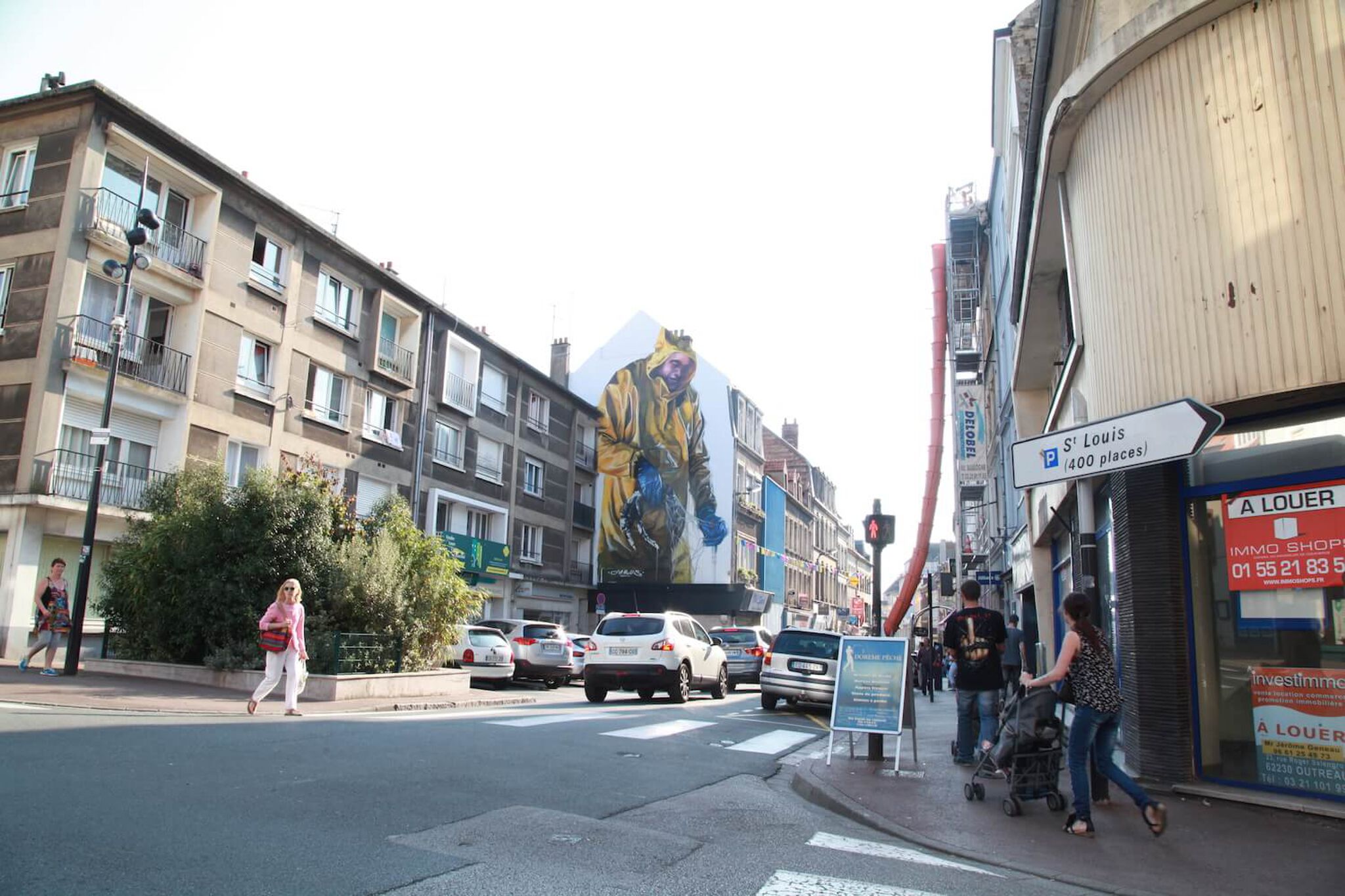 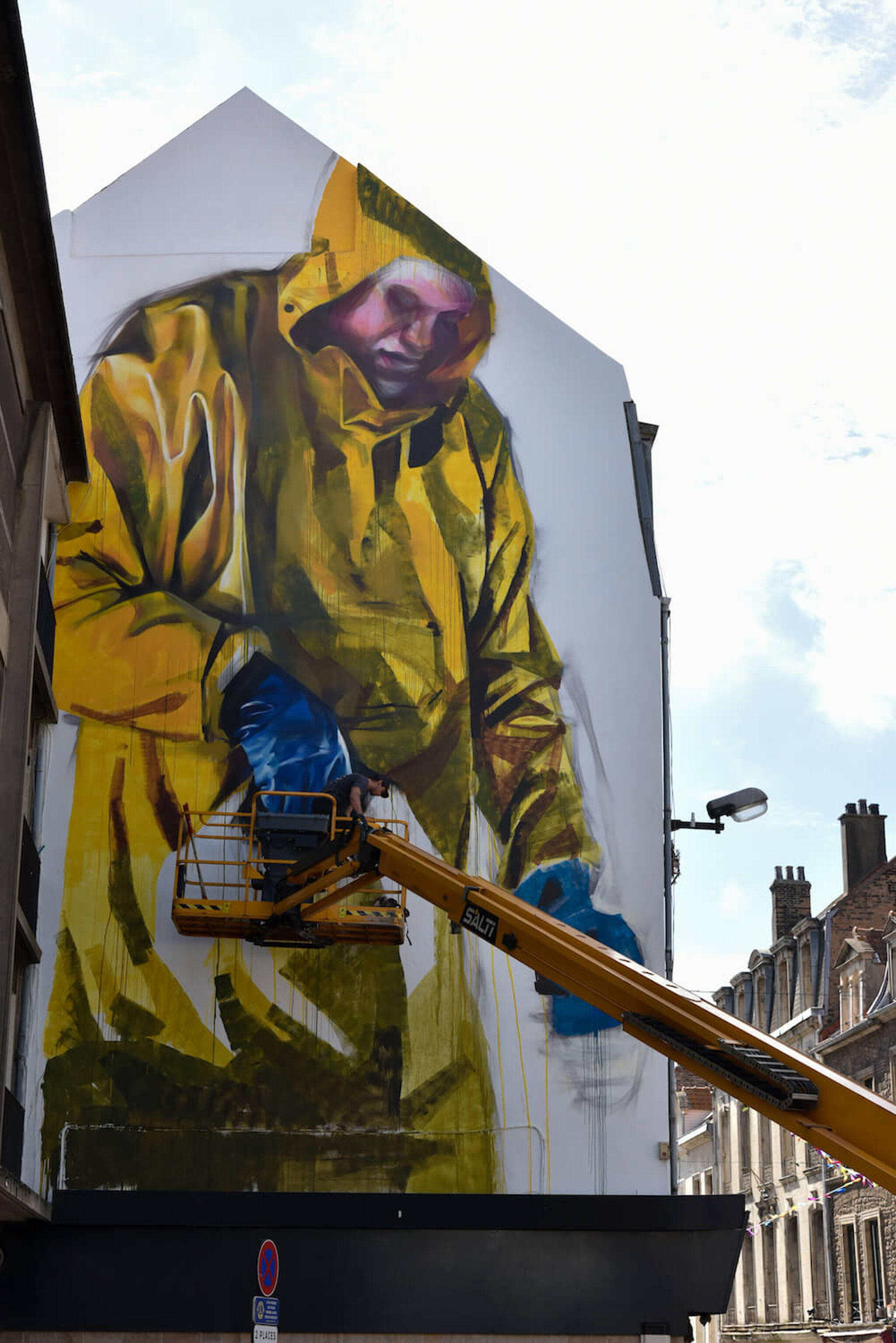 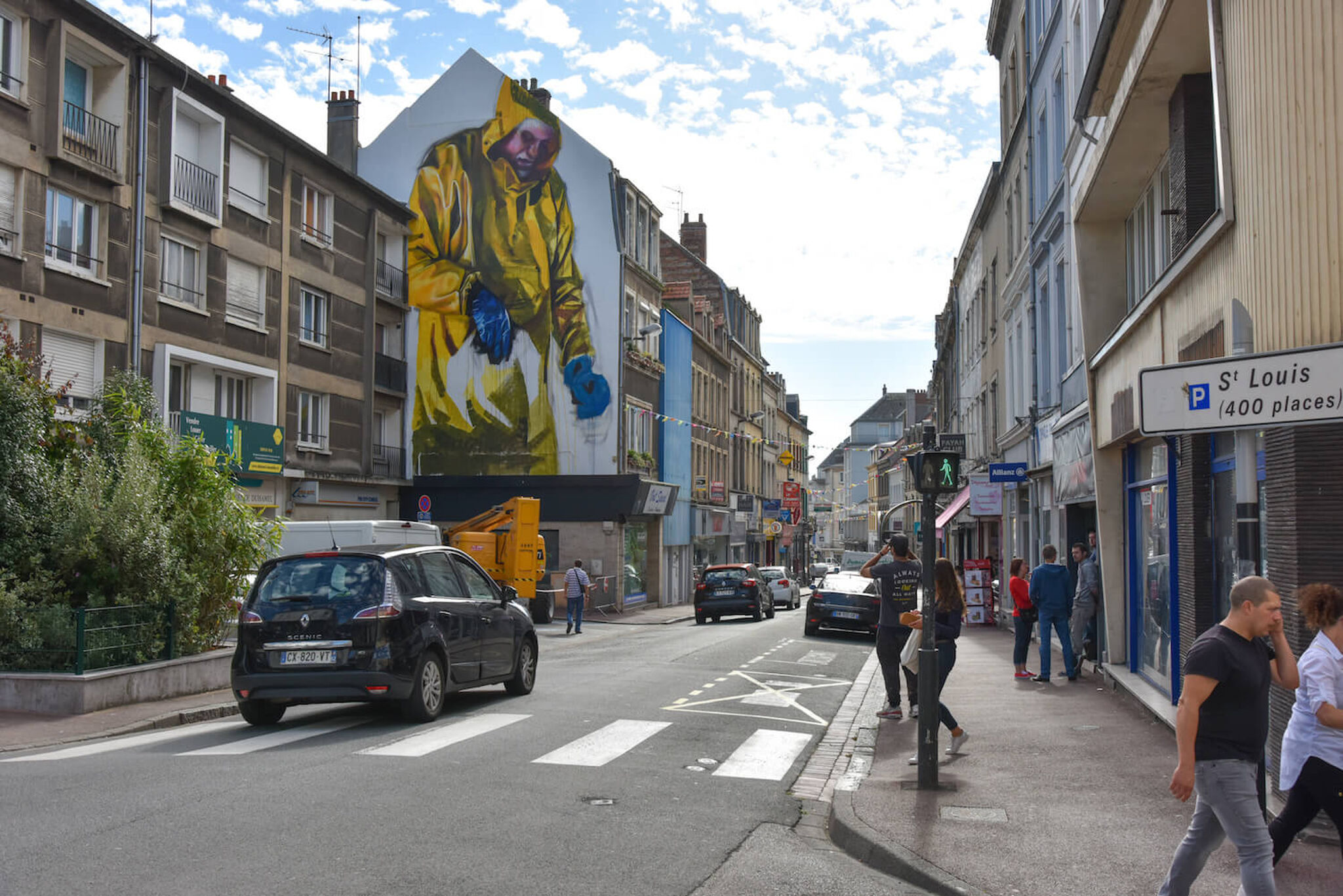 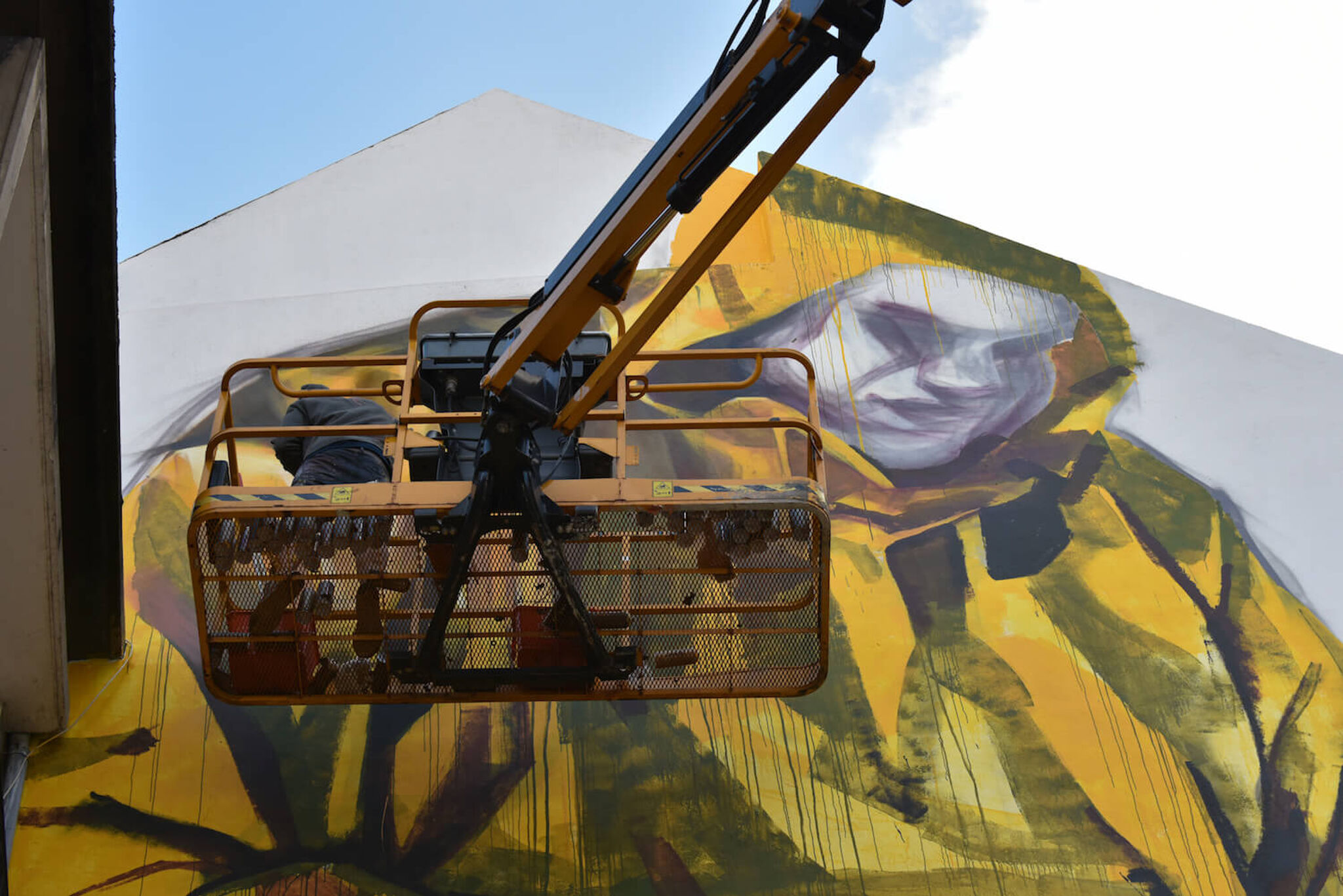